South Africa’s Petra Diamonds has reported a 63% revenue increase in Q1 and Q2 of 2012 to $151 million and production amid strong expectations for 2013. Company officials are upbeat as “Petra enters the second half of 2013 in a strong position to continue robust long-term growth trajectory, with expansion programs progressing as planned,” said CEO Johan Dippenaar.

Petra expects the diamond market to remain steady in 2013 with higher sales of new tenders. With eight producing mines in South Africa and one in Tanzania, Petra also maintains an exploration program in Botswana; the company seeks to increase annual production to 5 million carats by 2019. It also has a current resource base of more than 300 million carats. 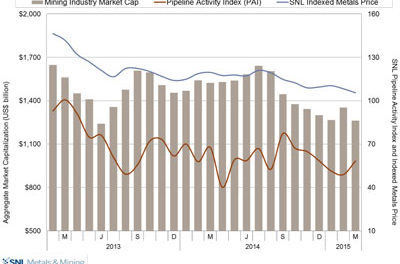 Signs of Life in Exploration