Officials at Antamina, Peru’s top copper and zinc mine, have said this week’s strike has yet to seriously impact production, contrasting union claims that output is down 90%. Global zinc has increased pending guidance, while a 2015 surplus mitigates copper, according to analysts; Antamina is BHP Billiton Plc and Glencore Xstrata Plc-owned, each at 33%, Teck Resources Ltd. holds 22% and Mitsubishi Corp. owns the rest.

“Production has not been affected,” said a company spokesman; high in the Andes, the mine represents 30% of Peruvian copper and 20% of zinc. SUTRACOMASA representative Hernan Robles, meanwhile, cited output at 10%; unionized employees, representing half the workforce, are demanding a bonus offsetting slowing production and a weak market.

Antamina said the strike would unlikely affect this year’s output further. “Our contingency allows for this year,” added company officials, while declining to specify 2014 forecasts, according to Reuters; between Q1 and Q3, copper fell 16% to 273,411 tons while zinc output dropped 20% to 194,233 tons. 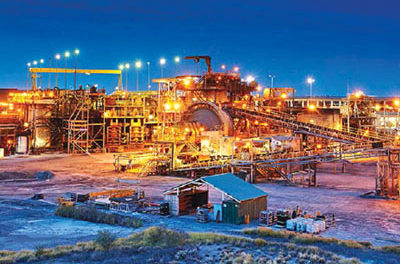