Quebec-based Osisko Mining Corp. officially inaugurated the Canadian Malartic gold mine, a large-scale open-pit mine located in Malartic, Abitibi, on May 21, 2011. Members of Osisko’s board of directors and its management team welcomed several regional politicians and dignitaries to the dedication.

“Today, we celebrate a new beginning for mining in Malartic,” said Sean Roosen, president and CEO, Osisko. “With the commissioning of the Canadian Malartic mine, the Town of Malartic returns to its rightful place as one of the major gold mining centers in Canada.”

Roosen reminded those in attendance the success of the billion-dollar-plus project was the result of a collaborative effort involving thousands of people. He particularly emphasized the support from the Town of Malartic and its citizens, and the skills and expertise of Osisko’s employees and contractors. He also acknowledged the positive attitude of the Quebec Government, always acting in the best interests of its citizens and environment while adopting a “problem-solving” approach. 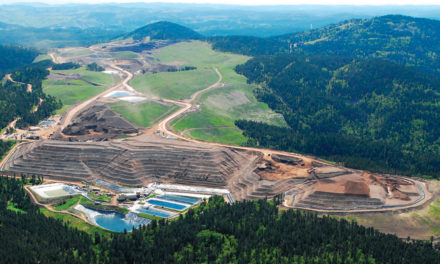