Hostility toward foreign miners in the nation now ranked the world’s most nationalistic resource-rich country has reached a new high after a senior Indonesian official said companies unhappy with Jakarta’s new tax policies “should not enter.” Director General of Energy and Mineral Resources Ministry Thamrin Sihite was responding to a Fraser Institute report ranking Indonesia the world’s least attractive place—out of 96 jurisdictions—for mining companies, despite billions in investment; Indonesia has large thermal coal reserves with vast wealth in base and precious metals.

Indonesia slid to 96 from 85 in 2011, according to the Fraser Institute, a Canadian think tank, citing “political stability, uncertainty concerning environmental regulations and uncertainty concerning the administration, interpretation or enforcement of existing regulations.” Thamrin said banning raw material exports and renegotiating mining contracts under a 2009 law help Indonesia’s national interest; many, he added, believe foreigners are the main beneficiaries from their mines. “If these factors are considered constraints by them, then they should not enter—Indonesians can do it,” he said, according to The Jakarta Globe.

Foreign mining companies are worried over the legislation mandating all raw materials be domestically processed by 2014—when Jakarta will begin an export ban accordingly. A Mining Business Permit (IUP) will also shrink contracts and operational zones, while further requirements include hiking royalty payments and mandates for foreign companies to divest 51% to local businesses after 10 years in production.

In renegotiations with PT Freeport Indonesia, which operates the country’s biggest copper and gold mines, however, Jakarta seems to have backed off on smelter requirements and concession limitations. Freeport has long paid billions in Indonesian taxes since work began at its remote Grasberg site in West Papua in the late 1960s; company officials argue the 2009 legislation applies to new mining permits as opposed to their older contracts of work. 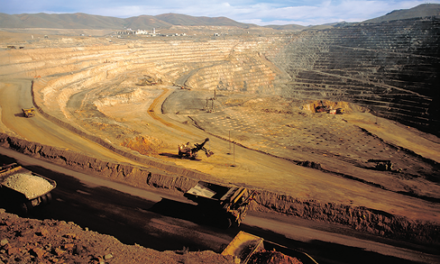