How Permitting Delays Discourage Investment in the US

The National Mining Association (NMA) has released a new study, Permitting, Economic Value and Mining in the United States, prepared by SNL Metals & Mining that quantifies how protracted permitting delays impair and discourage investments in U.S. mineral development projects. The study suggests that an average U.S. mining project can lose a third of its value due to permit delays, and in some cases, a project’s value can be cut in half as a result of increasing costs and investment risk. After years of delays, a project can even become economically unviable.

The report pointed out that a mine in the United States usually requires in the range of seven to 10 years to get the permits necessary to operate, whereas in Canada and Australia, which have similarly stringent environmental standards, it takes an average of two to three years.

NMA submitted the study to a U.S. House of Representatives Natural Resources Committee hearing in support of the proposed Strategic and Critical Minerals Production Act of 2015, introduced in the House by Rep. Mark Amodei of Nevada. The legislation would “reform the permitting process and increase access to trillions of dollars’ worth of domestic resources without compromising the standards that protect our environment,” an NMA statement said. “The bill sets the total review process for issuing permits to 30 months and creates a 60-day time limit to file a legal challenge to a mining project. Setting a timeline will help ensure these permits do not fall into the vicious cycle of protracted delays.”

Mark Fellows, the author of the SNL study, testified that the only things standing in the way of U.S. mines meeting domestic demand for minerals are bureaucratic and protracted permitting delays.

Hecla Mining Co. Vice President of External Affairs Luke Russell told the committee that “The U.S. permitting process is fraught with duplication [and] inefficiencies. … It is by far the most arduous and tortuous process in the world.” Russell stated that Coeur Mining’s Kensington gold mine in Alaska exemplified how mines in the United States are plagued by permitting issues during development. The mine started production in 2010, 17 years after its planned start date in 1993.

The SNL study, which includes the Kensington mine as a case history, determined that by the time Kensington opened, the cost of building the mine had increased 49%, and the company was forced to reduce gold production by nearly a third, limiting mining operations to the most profitable part of the deposit. The case study documents in detail how permitting issues repeatedly stretched out the project timeline.

The study also includes permitting case histories of the Rosemont copper project in Arizona, 80% owned by Hudbay Minerals, and the Twin Metals polymetallic project in Minnesota, owned by Antofagasta plc.

The SNL study’s executive summary stated, “Despite being blessed with a vast reserve of mineral resources, the United States only accounts for 7% of worldwide spending on mineral exploration, and production is currently reliant on a population of mature mining projects. The average remaining life of active mines in the United States and the share of projects in advanced development have also fallen in recent years.

“Meanwhile, the demand for minerals to supply the defense, advanced energy, high-tech electronics, medical and transportation industries is rising. The United States, while leading in the manufacturing of these technologies, is lagging in the production of the minerals needed to make them.”
The SNL report is available here. 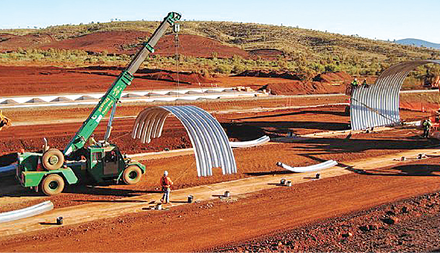