Harmony Gold announced on February 14, 2013, that its Kusasalethu mine near Carletonville, South Africa, closed since December 20, 2012, would re-open in a phased process following the successful conclusion of an agreement with the various trade unions representing the majority of the employees at the mine.

Harmony had closed the Kusasalethu mine for security and safety reasons and had announced on January 7, 2013, that following a review of both the financial and operational impact of lawlessness, violence, and non-compliance to South Africa’s Mine Health and Safety Act at the mine during the fourth quarter of 2012, it would keep the mine closed until such time as it is safe enough for its employees to begin mining activities (E&MJ, February 2013, p. 18.)

A consultation process was begun between Harmony and Kusasalethu employees represented by the Association of Mineworkers and Construction Union (AMCU), the National Union of Mineworkers (NUM), Solidarity, and UASA. A pre-condition for re-opening the mine was the acceptance by all employees of a number of conditions broadly relating to commitment to full compliance with operating policies and procedures and safe and orderly conduct. The unions agreed to these conditions and also agreed that each employee would sign a code of conduct to show their individual commitment to ensuring that Kusasalethu is mined in a safe and secure way with full respect for the rule of law.

Planning for re-opening the mine began immediately following the February 14 announcement. Employees will return over a period of time in phases to ensure a safe and smooth process. The process of making underground areas safe was expected to take up to six to eight weeks to complete, with the mine returning to normal operations by the end of April and to full production by the end of June. 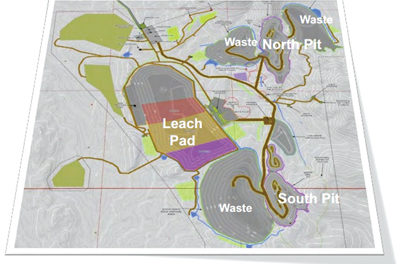