Glencore sold its interests in the Tampakan copper-gold project, Falcondo ferronickel operation and Sipilou nickel project for $290 million. The assets were inherited from Xstrata following the 2013 takeover.

Located in the southern Philippines, the Tampakan project is considered one of the world’s largest undeveloped large-scale, long-life copper projects.

Glencore sold its 62.5% interest in Tampakan to Indophil Resources, which owned the remaining 37.5%. Tampakan has an estimated 2.94 billion metric tons (mt) of ore containing 15 million mt of copper and 17.9 million oz of gold at a 0.2% copper cut-off grade.

Americano Nickel Ltd. (ANL) acquired Falconbridge Dominicana (Falcondo) from Glencore Canada Corp. Under the agreement, the Dominican government will continue to receive more than 50% of the profits generated by ferronickel production. Headquartered in Bonao, Monseñor Nouel, ANL said it will focus on reviving production at Falcondo in the coming months. The company appointed Ioannis Moutafis, a metallurgical engineer with 15 years of ferronickel operations experience, as president and general manager of Falcondo.

ANL is a subsidiary of Global Special Opportunities Ltd. (GSOL), an international investment fund established in 2009.

Glencore idled the Falcondo operations in January 2014. At the time, the company said the operation would need an investment of hundreds of millions of dollars to update its energy infrastructure to become more competitive. Xstrata acquired the asset when it purchased Falconbridge in 2006, and ran the operation at half its capacity during most of that time.

The buyer of the Sipilou nickel project, located in Cote d’Ivorie, has not been disclosed. The Touba Biakouma nickel-laterite mine, located near Sipilou, was jointly owned by Glencore, 85%; the Ivorian government, 5%; and Societe pour le Developpement Minier de la Cote d’Ivorie (SODEMI), 10%. 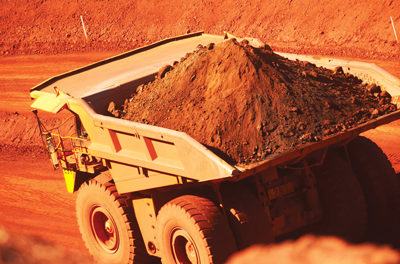