“We are continuing to advance our growth projects which are expected to result in meaningful increases to copper and molybdenum production in future periods. Our exploration programs continue to identify opportunities to grow our reserve base. We ended the year with significantly more cash than debt and have a positive outlook for the future prospects of our business,” said Richard C. Adkerson, president and CEO.

In South America, FCX began production from El Abra’s newly commissioned stacking and leaching facilities to transition from production of oxide to sulphide ores. Production from sulphide ore approximates 300 million lb/y of copper, replacing the depleting oxide copper production. The aggregate capital investment for this project is expected to total $725 million through 2015. FCX is also engaged in pre-feasibility studies for a potential large-scale milling operation at El Abra to process additional sulphide material and to achieve higher recoveries.

At Cerro Verde, plans for a $4-billion concentrator expansion continue to be advanced, including expansion of concentrator capacity from 120,000 to 360,000 mt/d of ore, leading to incremental annual production of approximately 600 million lb of copper and 15 million lb of molybdenum beginning in 2016.

FCX operates the Tenke Fungurume copper and cobalt mining concessions in the Katanga province of the Democratic Republic of Congo (DRC). Mining rates at Tenke have been increased to boost original mine capacity of 250 million lb per year to approximately 290 million lb per year. A second phase of the project will include expanding the mill rate to 14,000 mt/d of ore and construction of related processing facilities to add another 150 million lb of copper per year.

FCX’s capital expenditures are currently estimated to approximate $4 billion for the year 2012. 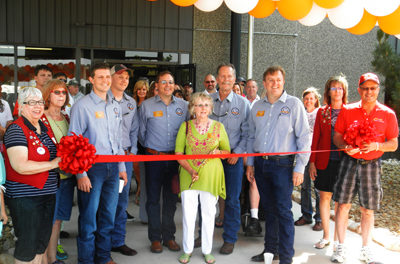