FLSmidth Ups the Ante for Ludowici

Responding to a competitive bid from Weir, FLSmidth increased its offer to A$10/share for Ludowici during mid-February, which values the company at A$358 million ($384 million). Headquartered in Brisbane, Australia, Ludowici is a leading provider of vibrating screens, coal centrifuges, and complementary wear resistant products and services for the minerals industries.

During January 2012, FLSmidth surprised many in the mining business when it announced that it had entered into an agreement with Ludowici offering $7.20/share. Under that agreement, the Ludowici’s board had granted FLSmidth access to perform a confidential due diligence. At the time, Ludowici Investments Pty Ltd. and Julian Ludowici and the other Ludowici directors, who together control approximately 22% of the outstanding shares of Ludowici, said that, in the absence of a superior proposal, they would support the deal. In the meantime, they received a competitive, non-binding bid of A$7.92/share from Weir Group plc. They are saying the same thing again. FLSmidth’s original offer was also subject to due diligence, but that is no longer the case.

“Ludowici is a well-known and respected brand in the coal processing sector,” said Keith Cochrane, chief executive, Weir Group plc. “The potential acquisition would extend Weir’s offering in minerals processing and expand our exposure to the attractive and fast growing coal sector where Weir is relatively unrepresented. As a part of the global Weir Minerals business, we would look to accelerate the growth of Ludowici, consistent with Weir’s 2010 acquisition of Linatex.’

Acquiring Ludowici will allow both companies to add to their respective processing flowsheets. Weir would gain more access to coal and FLSmidth would improve its copper and iron ore offerings. With 450 employees and approximately 65% of its turnover in Australia, the acquisition of Ludowici would significantly expand both companies’ presence in an important mining region. Another important aspect of the transaction would be customer service. Approximately 60% of Ludowici’s turnover relates to customer services activities, including spare parts and consumables. 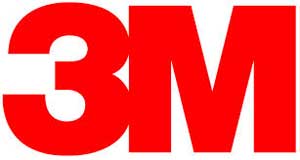 ERA Will Not Pursue Ranger 3 Deeps