In addition to his principal role at Canada’s oldest geological and mining consultancy, Breede is also an amateur filmmaker and the creator of Klondike, “The Shooting of Dan McGrew,” a feature-length screenplay set during the Klondike Gold Rush.

“The Klondike Gold Rush is a period in Canada’s mining history that has intrigued me since I first worked in the Yukon 20 years ago,” Breede said. “My goal is to have this epic period of history brought to life on the world stage. As an advocate of the Canadian mineral resource industry, I believe this film will help to highlight the importance of mining to Canada’s economy and national identity, showcase the Yukon’s diverse and rich history, and underscore the role of First Nations people in our country’s cultural fabric.”

Hollywood has traditionally cast the mining industry as the villain in many films, Breede explained, lamenting that movies like “North Country” (featuring Charlize Theron), “Blood Diamond” (starring Leonardo DiCaprio), and James Cameron’s “Avatar” have hurt the public image of a vital industry. “My hope is to strike some balance by showcasing more-truer-to-life episodes of Canada’s mining history, and the ways — both good and bad — it has touched people’s lives,” Breede said.

As the first phase of this project, Breede has launched a crowd-funding campaign on the popular website, Kickstarter. “I thought it might be a fun challenge to rally the support of the mining community at large in an effort to raise awareness about the project, and to raise funds for the production of a promotional trailer, which I hope to shoot later this summer,” Breede said.

Details on the campaign, set to run between now and March 11, can be found online at: Klondike The Movie Trailer and at www.klondikethemovie.com.

Report Says Mining Industry in Next Phase of the Boom, but Short-Term Volatility Remains 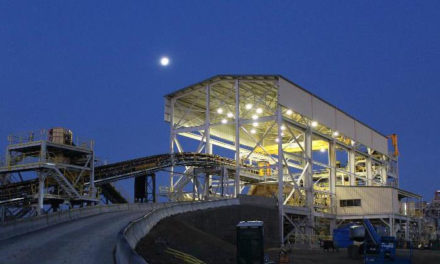