Cliffs Natural Resources Inc. announced that it has entered into a new long-term commercial agreement with ArcelorMittal USA LLC to supply tailor-made iron ore pellets for the next 10 years through 2026. The new agreement will replace two existing agreements that expire in December and January and fill the entirety of ArcelorMittal’s pellet purchase requirements from the previous contracts.

The new contract also establishes a minimum tonnage of pellets of 7 million long tons, which is higher than the current minimum level from the two previous contracts combined.

“We arrived at a mutually beneficial agreement, as both companies recognize the importance of bringing sustainable value to our respective businesses,” said Lourenco Goncalves, Cliffs chairman, president and chief executive officer. “The signing of the new supply agreement confirms what we have always stated regarding the strength of the business relationship between Cliffs and ArcelorMittal USA. The new agreement also removes any remaining uncertainty about Cliffs, and supports our conviction in the bright future of our company, its employees, its shareholders, and all other stakeholders, including the communities in which we operate.”

Pricing for the pellets under the agreement will be adjusted by the price of steel in the U.S. domestic market, and iron ore market based and general inflation indices. Based on current market levels, Cliffs anticipates an improvement in overall United States iron ore realized revenues per ton in 2017, when compared to the company’s current guidance for 2016. 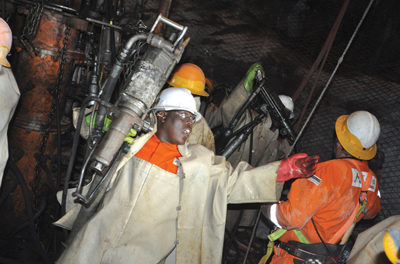