Resourcehouse Ltd., an Australian mining company that exports to China, pulled its plans for a much-anticipated initial public offering (IPO) in Hong Kong, saying the company received a further A$1.2 billion (US$1.28 billion) in funding from Export-Import Bank of China. The money will be used to develop the $8 billion China First coal project and related infrastructure in the Galilee Basin in Central Queensland.

Despite media commentary suggesting the project was in doubt due to the company’s decision to suspend plans to list on the Hong Kong Stock Exchange, Resourcehouse CEO Clive Palmer explained, the China First coal project had strong financial and government support. “We have struck back quickly with a deal which ensures the project’s viability and puts to rest the unfounded criticism of some media and analysts,” Palmer said. “China Exim Bank has confirmed to China First Pty Ltd., a wholly-owned subsidiary of Resourcehouse Ltd., its willingness and interest to finance the project. The facility amount has now increased to 85% of the total amount of the construction contract after originally providing for 70%. The extra 15% means the funding has increased from $5.6 billion to $6.8 billion.”

Palmer said the support from China Exim Bank and the Chinese Government was a major coup coming so quickly after the disappointment of the Resourcehouse IPO, which failed to close due to falling markets in Asia and the United States. “After closing off the IPO as a result of volatile market conditions, we are still in a position of strength to advance this project,” Palmer said. “Within 24 hours we have secured an extra $1.2 billion in funding coupled with the ability to access a further $600 million for equity. As a result of the Global Offering, we also have a number of international companies who wish to make direct investment into Resourcehouse for equity in the company, giving us confidence that we will fully fund the project.”

The China First Project includes a large scale thermal coal mine in the undeveloped Galilee Basin coal region near Alpha, west of Emerald. The complex will include four underground mines, two surface mines and associated coal handling and processing facilities. The mine will be linked to a new coal terminal at Abbot Point near Bowen by a new 471-km standard gauge, heavy haul railway line. 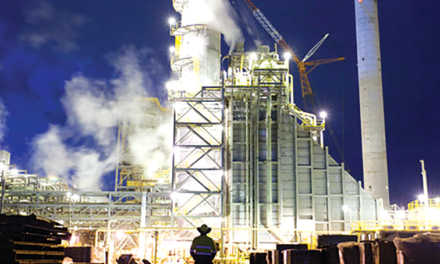