Fort McMurray, Alberta, Canada, began steps in late May toward recovery from >a devastating forest wildfire that hit the city of 88,000 on May 1, forcing evacuation of the entire population on May 3. Fort McMurray is the hub city for oil sands production facilities located 25 kilometers and more north of the city. A large portion of oil sands production was shut down at the beginning of the emergency, not because of direct threat to production facilities, but to ensure workers were safe and to release them to help fight the fire and evacuate their families from Fort McMurray.

An aerial view of Highway 63 south of Fort McMurray, Alberta, Canada, shows smoke from the wildfires taken from a CH-146 Griffon helicopter on May 5. (Photo: MCPL VanPutten/Canadian Armed Forces/Handout via Reuters)

Most of the evacuees fled to Edmonton and Calgary to the south. However, as many as 10,000 escaped to the north to oil sands work camps and facilities of oil sands producing companies, only to be subsequently re-evacuated to the south.

In Fort McMurray, the fire destroyed at least 2,400 structures of an estimated 25,000 in the city. The central business district remained intact; however, the extent of smoke damage throughout the city had not yet been assessed. Miraculously, no deaths or injuries were reported to have resulted from the blaze.

Canada’s Prime Minister Justin Trudeau and Alberta Premier Darby Allen toured Fort McMurray on May 13 to assess the extent of the damage. Trudeau credited firefighters with saving much of the city.

Following the devastation in Fort McMurray, the wildfire continued to move north and east, threatening worker accommodations south of the oil sands production facilities. As many as 8,000 workers were evacuated from the camps, and on May 17, one privately owned camp, the Blacksand Executive Lodge, with 665 units, was destroyed by the fire.

On May 19, Atco Gas and Energy reported that about 90% of its utilities were restored in the city, and on May 21, the Regional Municipality of Wood Buffalo, which includes Fort McMurray, released a schedule for the phased re-entry of wildfire evacuees to the city over a period of days beginning June 1.

As of May 21, the area destroyed by the fire was estimated at more than 5,000 km2, and the fire had edged across the Alberta-Saskatchewan border into Saskatchewan. The Alberta government reported that 1,860 firefighters, 189 helicopters, 306 pieces of heavy equipment, and 29 air tankers continued to battle the fire.

The full economic impact of oil sands production lost as a result of the fire still needs to be assessed. An early estimate by the Conference Board of Canada suggested that about 1.2 million bbl/d had been lost over a period of 14 days at the height of the crisis, or roughly C$985 million in lost real GDP for Canada.

On May 21, Suncor, the largest of the oil sands producers, said it was pursuing a staged approach to remobilization, beginning with the reintroduction of a small team of essential personnel. Larger numbers of employees would be mobilized as was appropriate. The earliest date for employees to return was May 23.

Syncrude was also pursuing a staged approach to the restart of production, first assessing and ensuring the safety of its sites, second inspecting all production units and equipment, and third restarting operations in a staged manner.

Shell Canada suspended operations at its Shell Albian Sands site on May 3 but returned to partial operation on May 9. 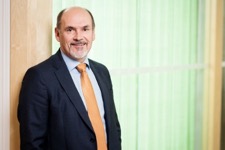