Construction company Basil Read’s contract term for Rio Tinto’s Rössing uranium mine has come to an end, after five successful years on site. Situated in Namibia, Rössing is the world’s largest running open-pit uranium mine and the third largest producer of uranium oxide globally.

In 2006, Basil Read was contracted for pre-stripping in the northwest area of the open-pit in preparation for the mine’s Phase 2 mining operations. By the end of 2007, Basil Read had mined 6.5 million metric tons (mt) of uranium. For the remainder of its contract term, Basil Read went on to assist with the pre-stripping of Phase 3, pre-stripping and mining at SK4, a satellite pit situated approximately 3 km from the current open-pit, as well as mining for the coarse ore stock pile. The company was also responsible for the drill and load and haul.

Basil Read was required to comply with Rio Tinto’s safety standards and that the entire operation and maintenance workshops adhered to the ISO 14001 standard. “The company upped their safety culture to our level, even surpassing us in certain areas,” said Project Superintendent Hendrik Bok.

Basil Read Plant Manager Len Green said the company is a big supporter of Rössing’s Zero Harm concept. Basil Read had a total of five Lost Time Injuries (LTIs) recorded since 2009. “We always strived to incorporate the standards and add value to the mining operation as well. Zero Harm has brought an improvement to the way we work,” said Green. He also said Basil Read will be taking all of the safety improvements it has learned from Rössing to its next location.

“The BR Project team was always willing to assist and was very accommodating in the scope of the project,” said Bok. He also accredits the success of the relationship to good communication between the two teams.

Sharing his experience on working with Basil Read, Immanuel Shikongo, superintendent drill and blast said, “Basil Read is very efficient and can almost do the impossible. They had the right technical team and operating practices, and we wish them all the best in their future contracts. They have added a lot of value to our operations and we are grateful for the great partnership we have had with them.” 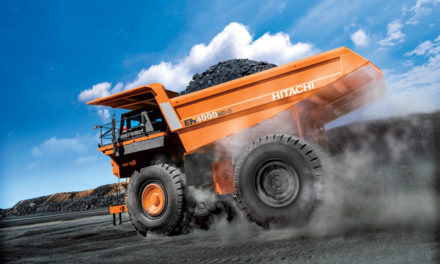 Rothschild Resigns from Bumi Board