This property produced more than 200,000 oz of gold between 1900 and 1910 using the relatively archaic mining, geology and engineering methods available at the time, according to AIVN. In a more recent operation, the Alamo was mined by a Canadian based company that also had considerable success; only shutting in production due to very low gold prices in the late 1990s when prices fell to under $300/oz. There has been no real mining activity for the last 13 years at the site.

AIVN believes that previous operators only exploited 10% of the land holdings it plans to mine, which is highly prospective for resource expansion. The historical mine shafts on the concessions have not been mined below the water table which is only 40 to 60 m deep. As evidenced by historical drilling by previous operators, it appears as though gold values increase with depth—a depth that could not be previously mined due to technical and equipment limitations.

Over the last seven weeks, AIVN has moved its mining equipment cache from Winnemucca, Nevada, to Baja, Mexico. At this point, a mining camp has been established and the road is 70% complete. With water at the mining site in place, the company is now in the last step before starting its pilot program which entails designing the water delivery system to the wash plant for testing previously undisturbed placer gold locations.

The concession has several million tons ready to process. AIVN anticipates starting a 60 mt per hour pilot program within three to four weeks after importing its portable mining equipment. After the pilot phase, the company hopes to ramp up production to 200 mt per hour in the first year. The third phase, which could be implemented within the first year of operation, would entail processing very high grade hard rock ore from known veins on the property. 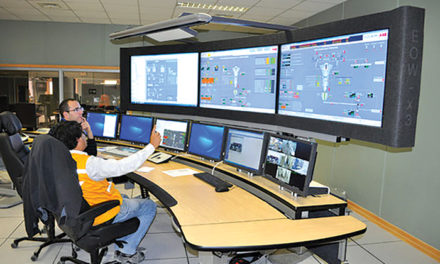 Students to Submit Proposals by Nov. 15 for Chance to Boost Mineral Analysis Research