Teck Resources announced in early October 2010 it had achieved commercial production at its new copper concentrator at the Carmen de Andacollo open-pit operation in Chile. The plant was averaging throughput of 53,000 mt/d of ore, 97% of its design capacity of 55,000 mt/d. The plant had also operated for a number of consecutive days at higher volumes than the targeted 55,000 mt/d. Production ramp-up was completed in seven months from first ore to the mill in mid-February to the end of September. The final project cost was approximately $440 million.

The Andacollo operation now produces copper in concentrates from the hypogene portion of the orebody and is winding down its copper cathode production from the supergene portion of the orebody. Mine life is estimated at about 20 years, with anticipated average annual production of 80,000 mt of copper and 55,000 oz of gold in concentrates over the first 10 years of operation.

Carmen de Andacollo is located in central Chile, adjacent to the town of Andacollo, approximately 55 km southeast of La Serena, and 350 km north of Santiago. Teck has a 90% interest in the mine. ENAMI holds the remaining 10%.

In 2009, Royal Gold acquired a royalty interest on 75% of the mine’s gold production. 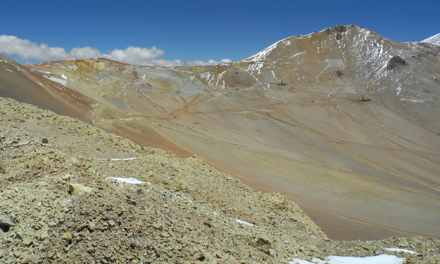 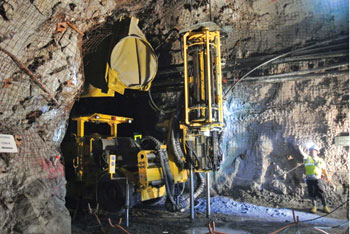