Nexa Resources has announced the results of a preliminary economic assessment (PEA) of its underground Hilarión zinc-lead-silver project in Ancash province, Peru, about 230 kilometers (km) north of Lima. The study describes a potential underground mine producing an estimated average of 115,000 metric tons per year (mt/y) of zinc, 20,000 mt/y of lead, and 2.6 million ounces per year (oz/y) of silver in separate zinc and lead-silver concentrates.

Mine-site processing will be based on a conventional comminution and flotation plant producing separate zinc and saleable bulk lead-silver concentrates. Nexa anticipates that the zinc concentrate will be processed at the company’s Cajamarquilla smelter near Lima.

The Hilarión project has an estimated capex of $585 million. An additional $165 million of sustaining capital is estimated over the mine life, including $44 million in mine closure costs.

The main zone of the deposit has an average width of approximately 16 meters (m), while there are numerous veins that on average are approximately 6.5 m wide. The mine will be accessed using multiple ramp entry points and a 3-km conveyor tunnel or ramp.

Hochschild Builds on its Peruvian Interests 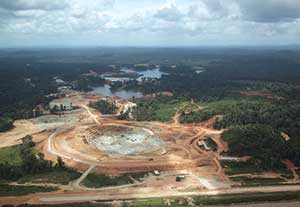