Goldcorp has released the results of a feasibility study update of its Cerro Negro project in Santa Cruz province, Argentina that more than doubles planned plant throughput to 4,000 mt/d and anticipates average production of more than 550,000 oz/y of gold over the first five years of full production. Total capital costs to full production are estimated at $750 million. Mine life is projected at 12 years, with initial gold production planned for mid-year 2013. Average cash costs are estimated at less than $200/oz during the first five years of operation.

Goldcorp acquired Cerro Negro when it acquired Andean Resources in a transaction that closed December 30, 2010. On February 9, 2011, Goldcorp announced proven and probable reserves at Cerro Negro had more than doubled to 13 million mt grading 10.18 g/mt and containing 4.26 million oz of gold.

The increase in the planned production rate at Cerro Negro has been facilitated by plans for simultaneous mining of multiple, near-surface veins. The six currently identified sources of gold reserves (Eureka, Mariana Central, Mariana Norte, San Marcos, Bajo Negro and Vein Zone) are in some cases physically separated by several kilometers. The Vein Zone is planned as an open-pit. The other areas are underground deposits, each of which will be accessed by a separate decline from surface.

Goldcorp’s 2011 exploration drilling budget for Cerro Negro totals about $19 million. Ten drill rigs were expected to be on site by the end of the second quarter. The immediate focus of drilling will be on expansion of the Eureka, Mariana Central and Mariana Norte veins. An additional near-term focus will be on testing several new veins with known gold mineralization on the western portion of the property.

Goldcorp President and CEO Chuck Jeannes said, “The straightforward nature of the project design should result in a smooth construction period toward first gold production in just over two years. This is an extremely robust project as now configured; however, with all of the identified veins remaining open and numerous additional veins already identified, we are excited by the potential for future expansion of gold reserves and near-term upside to the production profile.” 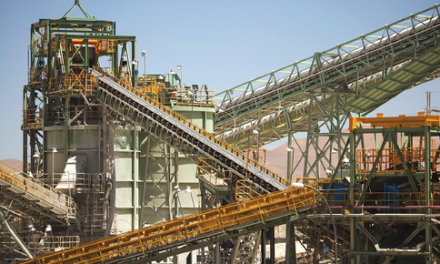