Apollo Gold Corp. has received a report in respect of the Apolo and Sancarron concessions in Chile. As announced on April 2, the company agreed to option the concessions from Lithium Chile Inc. and Compania Minera Kairos Chile Limitada, a subsidiary of Lithium Chile, pursuant to an option agreement on March 25.

As announced on April 2, Apollo can earn up to a 90% interest in the Apollo concessions by making total payments to Lithium Chile of $1.35 million and incurring an aggregate of $5 million of expenditures over a maximum of five years. The Apollo Properties consist of five exploration and 18 exploitation (right to mine) concessions totaling 5,329 hectares of highly prospective land in the heart of the El Indio Gold Belt in Chile.

Apollo intends to launch an initial work program in November to coincide with spring in Chile. This program will establish access and a camp at the properties and will also test and expand the prior sampling programs undertaken on the properties with a view to establishing key target areas for a more extensive program that will follow shortly after this initial program.

Apollo Gold CEO Simon Clarke said, “We are very pleased that the option agreement is now unconditional, and we can start to plan the launch of initial work programs on these highly prospective concessions. With the size and scale of the mines and deposits in the surrounding district, combined with the reports of historic work undertaken, we believe the Apollo concessions present a great opportunity for Apollo Gold and we are excited to start work on the properties.” 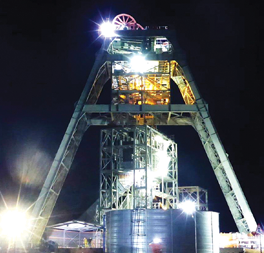