Anglo American announced in late April that it has agreed to sell its Brazil-based niobium and phosphates businesses to China Molybdenum for $1.5 billion in cash, payable at closing. The wholly owned businesses are located in the Brazilian states of Goiás and São Paulo. The transaction is expected to close in the second half of 2016. 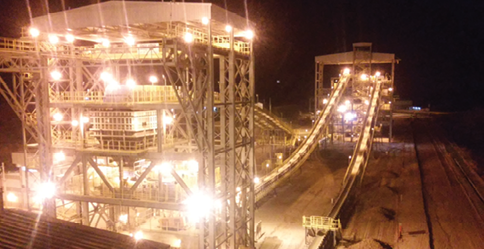 Anglo American’s niobium business includes the Boa Vista open-pit mine and processing plants in Goiás, two additional mineral deposits, and sales and marketing operations in the United Kingdom and Singapore. The business produces ferroniobium for export to steel mills.

The phosphate business includes the Chapadão mine, Ouvidor beneficiation plant and two chemical complexes in São Paulo that produce a range of phosphate products.

Together, the businesses generated EBITDA of $146 million in 2015.

Anglo American CEO Mark Cutifiani said, “The proceeds from this transaction, together with the ongoing productivity and cost improvements we are driving through the business, will enable us to continue to reduce our net debt toward our targeted level of less than $10 billion at the end of 2016.”

The transaction is subject to regulatory approvals from the government of the People’s Republic of China and approval by China Molybdenum shareholders. Cathay Fortune Corp. and Luoyang Mining Group, the two major shareholders of the company, who in aggregate hold approximately 63% equity interest in the company, have undertaken to vote in favor of resolutions to approve the transaction.

The transaction is expected to close in the second half of 2016.

Work Begins on Precipitate Projects in the Dominican Republic