BHP’s Olympic Dam smelter will be enhanced through a A$350 million investment in the operations, which produce copper products for global markets.
Olympic Dam Asset President Jacqui McGill said the smelter maintenance campaign was the largest planned shutdown by BHP in the South Australia.
“There will be 1,300 contractors at Olympic Dam during the peak of construction as teams work around the clock to dismantle, rebuild and upgrade integral components of the facility,” McGill said. “Work is under way on-site with teams preparing to dismantle old infrastructure and starting to take delivery of more than 350 material loads to support the project.”

Saracen Mineral Holdings Ltd. reported exceptional all-round performance for the June quarter, which saw it post record gold production, achieve its goal of doubling annualized production to 300,000 ounces (oz), and deliver some impressive exploration results. Production for the June quarter was up 23% on the previous quarter at 79,985 oz, a record for the company, which is above the run-rate required to achieve its 300,000-oz-per-year (oz/y) production target.

Kidman Resources and Sociedad Química y Minera de Chile (SQM) have entered into a binding letter agreement as an initial step toward forming a joint venture to develop Kidman’s Mount Holland lithium project and a proposed downstream lithium refinery in southwest Western Australia. Kidman is an Australian company headquartered in Melbourne, Victoria. SQM is a Chile-headquartered producer and distributor of specialty chemicals, with lithium being a core business function for the past 22 years. 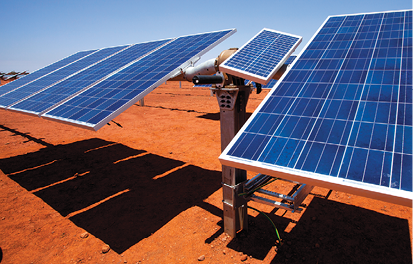