Northern Star Executive Chair Bill Beament said the company had maintained its outstanding record of organic growth. “This latest significant increase in our inventory strengthens Northern Star’s unique position in the global gold industry,” Beament said. “We own 56 million oz of resources, including 21 million oz of reserves, in tier-1 locations. This exceptional inventory will underpin our production growth to around 2 million oz/y over coming years. This enviable position is against a backdrop of falling global gold inventories, particularly in tier-1 locations. It is also the product of organic growth, which means we stand to maintain our record of generating the strongest financial returns in the Australian gold industry and indeed the Australian Securities Exchange.”

Beament said the growth in the KCGM inventory demonstrated the significant growth potential in what is one of the world’s most spectacular mineralized systems. 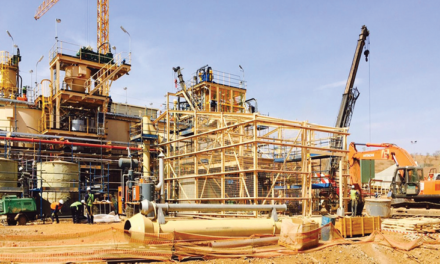