The Cadia East feasibility study was nearing completion in early January 2010, and Newcrest’s board of directors was expected to consider approval to proceed with construction around the end of March 2010.

Newcrest currently operates the Cadia Hill open-pit mine and the Ridgeway Deeps underground mine in the Cadia Valley. The Cadia East orebody is located on the eastern edge of the Cadia Hill orebody, within the same mineralized corridor. The deposit occurs within a porphyry zone of gold-copper mineralization that extends up to 2.5 km east of Cadia Hill, is up to 600 m wide, and extends to 1.9 km below surface. The current probable reserve at Cadia East totals 961 million mt, grading 0.61 g/mt gold and 0.33% copper, for a total metal content of 18.7 million oz of gold and 3.16 million mt of copper. The deposit remains open to the west, the east, and at depth. 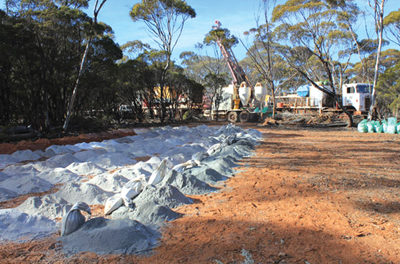