Fake social media accounts linked to the Chinese Communist Party were posting daily attacks on Lynas Rare Earths, according to the Sydney Morning Herald. Cyber-protection experts say the campaign is targeting U.S. and Australian collaboration on critical mineral supply chains. First made public in June, the attacks are focusing on Lynas’ environmental record in Malaysia in an attempt to turn public opinion against a new plant it’s building in Texas with U.S. government funding.

“We see bot posts on various social media every day, and we report them every day, and it’s quite frustrating,” Lynas CEO Amanda Lacaze told the Sydney Morning Herald. “It’s very easy to see the bot posts and the messages are exactly the same.”

China-connected propagandists have long attempted to leverage social media to influence public opinion on issues ranging from the origin of the coronavirus to the U.S. presidential election, according to cybersecurity firms including Mandiant and Graphika.

The bot campaign against Lynas was first identified by Mandiant, which dubbed it “Dragonbridge” and said it was emanating from a “pro-People’s Republic of China (PRC) network.” Mandiant said the campaign was also targeting a Canadian company, Appia Rare Earths & Uranium Corp.

Both Mandiant and Zhang said the attacks were likely to be an attempt to derail President Joe Biden’s efforts to build a U.S. critical minerals industry.

China currently dominates the supply chain of minerals needed in green energy, military equipment and high-tech manufacturing. Rare earths, used in magnets vital for electric vehicles and wind turbines, are among the most important of these. Lacaze said the social media attacks have had no discernible impact on the company’s operations. 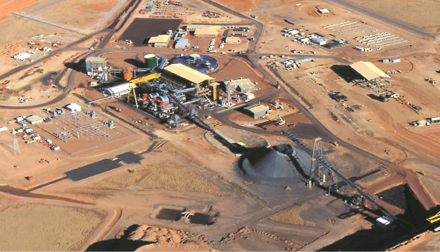 Construction Begins on the Warrawoona Project