The Koniambo Nickel project is currently ramping up to meet its design production capacity of 60,000 mt/y of ferronickel. The seven-year project cost venture partners SMSP and Glencore about $7 billion.

Construction of Koniambo Nickel began in 2007 and included a mine, an ore preparation plant, a metallurgical plant, coal and gas plants, water purification and treatment plants, a power station, a deep-water private port, and an 11-km overland conveyor. Investment totaling$7 billion was majority financed by Glencore. The project is currently ramping up to its design capacity of 60,000 mt/y of ferronickel.
President Hollande was joined at the inauguration by Paul Néaoutyine, president of the New Caledonia North Province; Ivan Glasenberg, CEO of Glencore; André Dang, president of SMSP; Peter Hancock, president of Koniambo Nickel; and Vincent Bouvier, French high commissioner in New Caledonia.
Glasenberg said, “We are honored that the French president has recognized Glencore’s ongoing commitment to and investment in New Caledonia by officially opening Koniambo Nickel. This inauguration marks a milestone for our New Caledonian operations and for the country’s nickel industry. We look forward to continuing our well established collaborations with the local community, the government and our joint venture partners.” 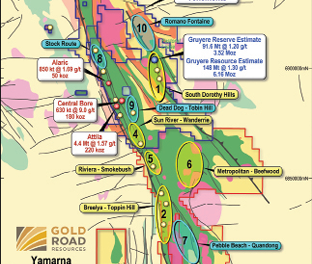