The investment will increase the reliability of BHP Billiton’s inner harbor port facilities and will create additional port capacity that can be utilized as a series of debottlenecking initiatives to increase the capacity of the company’s Western Australia Iron Ore supply chain toward 270 million mt/y. Commissioning of the two new shiploaders is scheduled for the second half of 2014.

BHP Billiton Iron Ore President Jimmy Wilson said, “This is an important investment that is consistent with our commitment to maximize the capacity of the Western Australia Iron Ore inner harbor and deliver substantial value to shareholders and other stakeholders.”

Shutdown at Perseverance: BHP Billiton announced on December 17, 2013, that it will not resume operations at its Leinster Perseverance sub-level cave underground nickel mine in Western Australia. Perseverance operations were suspended on October 31, following a seismic event at 6:25 a.m. that day that temporarily trapped some miners underground. All of the miners were safely brought to the surface at 3.30 p.m. the same day.

In announcing closure of the mine, BHP Billiton said its technical and operational teams, supported by independent experts, had been assessing the technical data and risks on the sub-level cave operations and all the options available. Following this analysis, the company decided it could not safely resume operations in the mine.

The Perseverance mine and other mining and processing operations at Leinster are part of BHP Billiton’s Nickel West business unit, which has all of its assets in Western Australia. These assets include a large, open-cut nickel mine and concentrator at Mount Keith, two underground nickel mines and a concentrator at Leinster, a nickel concentrator and smelter that produce nickel concentrate and nickel matte at Kalgoorlie, and a nickel refinery at Kwinana that processes nickel matte into LME-grade nickel briquettes and nickel powder, as well as a range of salable co-products.

Nickel West will continue to operate its ore-processing facilities at Leinster, along with its other operations in Western Australia, and will continue to maintain the underground infrastructure in the Perseverance mine.

In addition, mining will resume at the Rocky’s Reward open-cut mine near Leinster to provide an alternative ore supply to the concentrator.

Nickel West President Paul Harvey said the company is working closely with employees affected by the shutdown of the Perseverance mine to find redeployment opportunities within Nickel West and the broader BHP Billiton Group where possible. 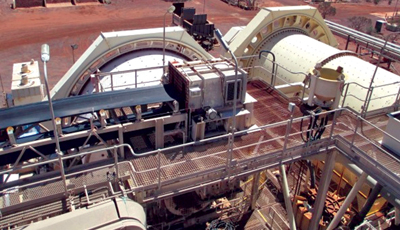