Mount Cattlin is the ﬁrst mine site in Australia to have real-time solar tracking panels as part of its power generating requirements.

Mount Cattlin operations include open-pit mining of a flat-lying pegmatite orebody and delivery of ore to a conventional crushing and heavy-media gravity recovery circuit. Piacentini & Son Pty has the mining contract for the project. The company will provide a Hitachi 1900 excavator, Caterpillar 777D dump trucks, a Cat D9 dozer, and other ancillary equipment, as well as operators and maintenance staff.

The Mount Cattlin processing plant is located to 2 km northwest of the Ravensthorpe town site. A four-stage crushing circuit produces a minus-6-mm product from run-of-mine ore at a treatment rate of 1 million mt/y, feeding a fine ore bin that feeds the concentrator on a continuous 24-hr basis.

The concentrator includes a reflux classifier and two stages of heavy media separation (HMS) cyclones, with mechanical attritioning of the intermediate sink product. The final spodumene concentrate is stacked on a pad adjacent to the plant area, drained and prepared for trucking to port.

Mount Cattlin is the first mine site in Australia to have real-time solar tracking panels as part of its power generating requirements. The solar tracking feature means the solar panels are able to follow the sun in all directions to maximize the power generated and provide 15% more power than a single-axis system.

Northern Star Resources has announced plans to increase plant throughput and gold production at its Jundee operations in central Western Australia following outstanding exploration results and a highly successful trial at the processing plant in October. The first phase of production growth will see plant throughput capacity increased by 25% by adjusting operating parameters within the existing infrastructure, mainly through the introduction of secondary crushing to the blended mill feed and higher SAG mill throughput by greater utilization of available motor power.

This growth will be achieved at a minor cost and will result in a 15% increase in Jundee’s gold production rate to 250,000 oz/y from fiscal year 2018 onward. Jundee produced 209,515 oz of gold in Northern Star’s fiscal year to June 30.

Northern Star established both the cost and effectiveness of the increased capacity at Jundee by conducting a trial throughout October that resulted in record throughput of 131,669 mt during the month and production of 20,414 oz of gold.

Northern Star’s production growth strategy for Jundee stems from outstanding exploration results that highlight the scope for substantial increases in the project’s inventory and mine life. In-mine resource and exploration drilling continues to expand the known extent of all the major mining areas while also growing new discoveries.

Northern Star Managing Director Bill Beament said the combination of the exploration results and the successful processing trial show Jundee can make a strong contribution to the company’s organic growth strategy. He added, “The outstanding exploration results demonstrate the potential to grow Jundee’s inventory in several areas. In light of these results, we are confident that we can increase the production rate at Jundee and also continue to increase mine life.

“This strategy is particularly attractive given that the initial production increase will be achieved for virtually no capital cost. This means Jundee will play an important role in enabling us to achieve our goal of growing company-wide production to 600,000 oz/y from organic sources in 2018.”

Northern Star owns and operates four mines in Western Australia—Jundee, Kanowna Belle, Plutonic and Paulsens—and has a 51% interest in and is operator of the East Kundana joint venture. These mines produced 558,143 oz of gold attributable to Northern Star in the company’s fiscal year to June 30.

Exploration by Northern Star Extending the Lives of its Mines 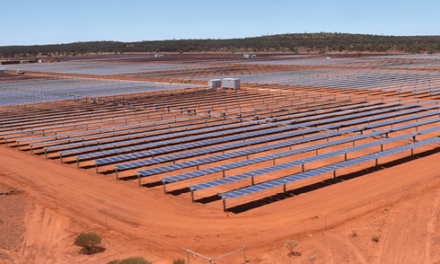