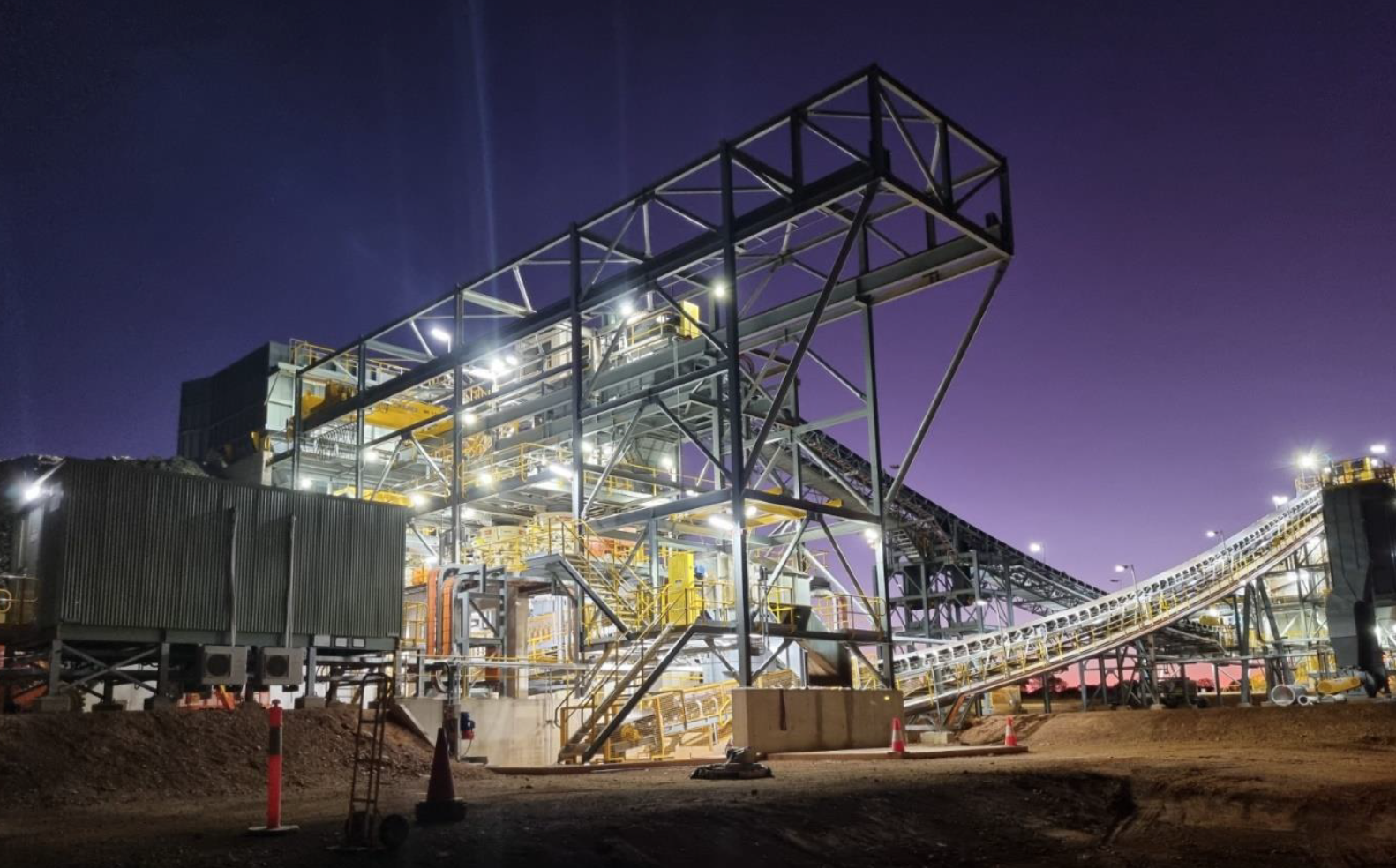 Galena Mining Ltd. reported the construction progress at its Abra base metals mine has reached 92% complete at the end of October. Located in the Gascoyne region of Western Australia, the underground mine has reached the first ore and plant commissioning continues in several key areas with the project focused on achieving first concentrate production in Q1 2023.

“Reaching first ore underground is extremely rewarding for everyone involved in the project,” Galena Mining Managing Director Tony James said. “To see for the first time what we have predicted and interpreted as the Abra orebody delivers a significant step forward for the project. Record development meters (m) in October has taken the mine to the ore and we continue to establish key underground infrastructure with the completion of the 6-m diameter raise that will serve as the primary return airway.”

The processing plant engineering, procurement and construction has reached 97% complete. Structural steel has been completed in October and mechanical installations are at 96% complete. Piping at 80% and electrical at 71% complete continue to progress quickly.

Pacific Energy’s Hybrid 10MW LNG/solar power station completed full integration with the solar power supply, dry commissioning of the crushing and screening areas was completed in early November and first rock crushing is scheduled for late November. Grinding section dry and wet commissioning will commence in the second half of November and is planned for completion by mid-December.

Mine decline development continued during October. A total of 311 m was developed with the decline reaching the 1284 level. October represents the highest individual development month since the first cut was fired in the portal in October 2021. The decline location is 266 m vertically below the surface and is 29 m vertically below the original top of the orebody (1313 level). Underground drilling has now identified mineralization as high as the 1330 level, which is currently being reviewed for potential extraction. The 1300 level ore access drive reached first ore in early November.

The 1290 level horizon is a significant work area for development as underground infrastructure for pumping, ventilation, second means of egress and power are all distributed from this level outwards into the development network. All this infrastructure is currently being established and will result in an increased focus on lateral development and lower decline development in the short term.

The company said total project construction capital expenditure remains within budget. The key remaining focus is completion of the processing facility and the underground development of the mine.

A feasibility study completed during July 2019 envisions an operation with a 16-year mine life producing a high-value, high-grade lead-silver concentrate of approximately 95,000 metric tons per year (mt/y) of lead and 805,000 oz/y of silver after ramp-up is completed.