This year has not been kind to miners the world over, but in Turkey, 2014 will be remembered as the year of tragedy. On May 13, an explosion at the Soma underground coal mine killed 301 miners in the country’s worst ever mining disaster. The nation was in shock and hideous scenes of protests in Soma, during which a senior government official was seen kicking a miner while riot police held him fast to the ground, turned shock to rage.

Subsequent reports revealed the appalling conditions of the workforce and a record of negligence by the mine’s owners. Since then, in another fatal disaster at the Ermenek mine near Karaman, 18 miners drowned in a flooded and badly maintained coal mine.

According to a report prepared by the Economic Policy Research Foundation of Turkey (TEPAV) in May, the number of deaths per 100 million metric tons (mt) of coal production is between 1 and 6 in the U.S. and 150 and 411 in China. In Turkey, this figure exceeds 900, depending on the year. If these brutal numbers are to be contained, Turkey must fundamentally revaluate the way mining is practiced.

When, in the wake of the Soma disaster, then-Prime Minister Recep Tayyip Erdoğan expressed his view that accidental deaths are in the nature of the job that miners do, his statement spelt out very clearly what is wrong. The comparably poor statistics of fatal work-related accidents across other industries in Turkey, particularly in construction, echo this complacency.

The mining industry in Turkey is relatively young and inexperienced, accounting for just 1.2% of national GDP and only recently opening up to privatization and foreign investment. Turkish mining has, therefore, been playing catch up, with the ambition to represent 5% of GDP by 2023.

Indeed, this objective can be deemed part of the problem. “Of course there are many reasons, both political and apolitical, for the disaster, but first and foremost is the dogged insistence on extracting the Turkish coal with small companies with little or no mining experience at small, even in some cases abandoned mines with poor geological definition to reduce Turkey’s trade gap, which comprises mostly the monies spent for oil and gas to meet the burgeoning energy demands of the growing economy,” said Dr. Alp Malazgirt, CEO YilMaden Holding.

“The intention is noble but the execution is laden with poor judgment and practices, such as the so called off-take agreements, which are targeting to compete with the declining global coal prices.”

All great mining jurisdictions have experienced tragic and often shameful episodes in their histories that have blighted the industry’s reputation globally. It has taken years of careful management, technological advances, and comprehensive legislation for a healthy and safe industry to evolve and to regain the trust of the public.

Today, no mining project is complete without carefully nurtured relations with employees and local inhabitants, exhaustive environmental planning, and close control of all procedures related to health and safety. Modern mining jurisdictions offer fairly sound models of how the industry needs to be legislated and current technologies, IT, mechanization and management systems provide methods, that greatly reduce the risks faced by todays miner.

Turkey must immediately embrace these, even at a time when commodity prices are low and margins meager, if the industry is to play the part that is destined for it. “A true legacy for all those who perished in Soma, and at least perhaps some solace for their families, should be pro-active and urgent, unfettered improvements on multifaceted levels across the mining industry in Turkey, and those that govern it,” said Zeynep Dereli, managing director, APCO Turkey.

As in all instances, progress depends foremost upon education, which offers no immediate fix, but it is imperative that everything possible is done to ensure that a well educated and safety conscious work force and a cadre of engineers and managers capable of ensuring the safe standards emerges. “A quantum improvement can be achieved by spending double or triple the money reserved for training: not only to train the workers but also empower the workers regarding the decision to work or not to work. Let’s remember from the Soma accident,” continued Malazgirt.

“The day after the accident, one of the miners interviewed on TV said that they had been actually bringing up to the surface ‘hot coal,’ i.e., burning coal. And then there were disputes and contradictory statements, with one side saying the mine was inspected eight times and the workers saying that the mine was not inspected thoroughly. Why is it that at the very hint of something not going right, we take our time and hope and wish that the problem will go away? It never does. Not only do we have to train the workers, but more importantly, we should empower the workers to be decisive and as powerful as the mine owner and/or the contractor.”

The government must impose stricter controls over mines. In the instance of the Ermenek, warnings were allowed to go unheeded. Mine inspector Erdoğan Şeker, responsible for the mine’s most recent inspection, said that the company running the coal mine facility, Has Şekerler, was warned three months ago that a drilling process should be conducted to determine the mine’s distance from underground waters and possible galleries previously used by other mining companies. A meager US$4,000 penalty was imposed.

The government must be far stricter both when issuing licenses and when making the decision to close a mine down. Speaking from the site of the Ermenek disaster, Labor Minister Faruk Çelik complained that a web of interests interfere with his ability to order the closure of a mine: “Whenever we attempt to close a mine, the employer brings in 50 people to mediate,” implying nepotism. He went on to mention that a staggering 1,120 accidents, including six fatalities, had been reported at another mine owned by the same family as the Ermenek mine over the past 5 years.

In an effort to boost coal production and the economy, the government has accelerated a privatization process and eased legislation and controls to lure investments and develop new or old mines. It must now reappraise these policies urgently and make the safety of miners and workers the centre of policy going forward. The few adjustments to laws passed in the wake of Soma are described as akin to “rearranging the deck chairs of the Titanic” by a local mining executive. A culture of responsibility from the top down must prevail. 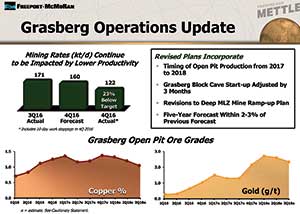