Recently, representatives of Kingsgate Consolidated Ltd. met with representatives of the Royal Thai Government to discuss a possible settlement of the company’s claims against the Kingdom of Thailand under the Australia-Thailand Free Trade Agreement (TAFTA).

Shortly before the meeting, the company was informed that the Thai government had lifted the “temporary suspension” of the Chatree mine, which is operated by the company’s subsidiary, Akara Resources Public Co. Ltd. Further, Kingsgate was advised that Akara’s application for renewal of its metallurgical processing license, which expired on December 31, 2016, could now be processed.

This week, Lydian International said major equipment components have arrived at its Amulsar gold project in Armenia. Major pieces of equipment for the crushing plant, including the jaw crusher, a secondary cone crusher, rock breaker, pan feeders, and screen liners have all arrived at the site. The material handling system includes crushing and screening equipment and the overland conveyor, all supplied by Sandvik. Components have been shipping since the second quarter of 2017 as fabrication is completed. Modular steel structures for the overland conveyer and other structural steel components are arriving on site and this will continue throughout the third quarter. 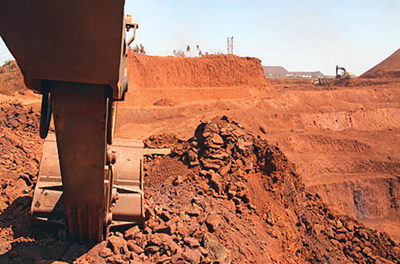