Mongolian prime minister Chimediin Saikhanbileg announced on April 5 that his cabinet has approved a second-phase of development of the Oyu Tolgoi copper-gold-silver mine in southern Mongolia. Oyu Tolgoi is owned 66% by Turquoise Hill Resources and 34% by the government. Rio Tinto owns a 51% share of Turquoise Hill Resources and manages the project.

The prime minister’s announcement followed two years of often bitter negotiations between the government and Turquoise Hill. Turquoise Hill completed a feasibility study for development of an underground mine at Oyu Tolgoi in September 2014. The company’s announcement of feasibility study results commented that further underground development remained subject to resolution of shareholder issues with the government; approval of the feasibility study by Oyu Tolgoi’s shareholders and the Mongolian Minerals Council; agreement on a comprehensive funding plan, including project finance; and receipt of all necessary permits. So, the Prime Minister’s announcement, while important, does not represent a definitive go-ahead for the project.

Oyu Tolgoi currently produces from an open-pit mine. A concentrator, with related facilities and necessary infrastructure, has capacity to process 100,000-mt/d. Long-term development plans are based on a 95,000-mt/d underground block-cave mine. 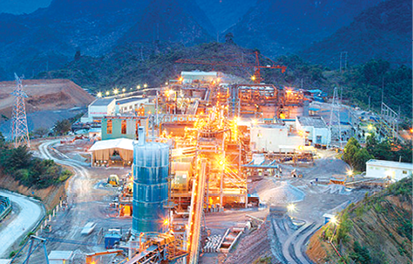 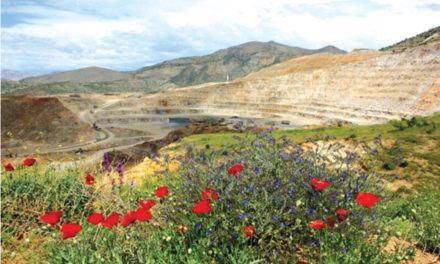