Khan Resources announced in early March that an international arbitration tribunal, constituted under the UNCITRAL Arbitration Rules, had determined an award of approximately $100 million (including interest and costs) as compensation to Khan for the government of Mongolia’s actions in relation to the cancellation of Khan’s uranium licenses in 2009.

“The award is final and binding and is now due from the government of Mongolia and Monatom LLC. If settlement is not forthcoming, the company will initiate collection procedures pursuant to the New York Convention on the Recognition and Enforcement of Foreign Arbitral Awards (1958), a multilateral treaty to which Mongolia is a signatory,” the Khan announcement said.

A 2009 feasibility study of Khan’s Dornod uranium project in northeast Mongolia postulated development of a 3,500-mt/d mine producing an annual average of 3 million lb/y of U3O8 at a cost of $23.22/lb.

In respect of the merits of the claim, the tribunal agreed with virtually all of Khan’s arguments and concluded that Mongolia had breached their obligations toward Khan under Mongolia’s Foreign Investment Law. As a consequence, Mongolia had also breached the multilateral Energy Charter Treaty to which Mongolia is a signatory.

The tribunal’s determination of damages relied primarily on previous offers made for the Dornod asset, the most important of which, the tribunal stated, was a February 2010 offer by CNNC Overseas Uranium Holding Ltd., an indirect wholly owned subsidiary of China National Nuclear Corp., to purchase Khan.

As a result, the tribunal stated that the level of damages suffered in July 2009 (the time of the expropriation) was limited to $80 million, plus interest from the time of the award until payment at LIBOR plus 2% compounded annually. The tribunal also made a full award of arbitration and counsel costs of $9.1 million in favor of Khan.

Khan President and CEO Grant Edey said, “We are very pleased with the tribunal’s ruling that the expropriation of the Dornod asset violated Mongolian law. A former Mongolian government illegally expropriated Khan’s uranium property without any compensation, which is contrary to the rule of law. And while the current government of Mongolia has taken certain progressive action to diminish the harmful acts of former regimes, western investors and governments will scrutinize the Mongolian government’s action in this matter as the rule of law also dictates prompt payment of compensation. Khan intends to continue our vigorous pursuit of obtaining value for our shareholders.”

Khan Resources is a Canadian company headquartered in Toronto. 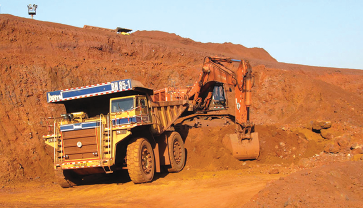