The Association of Mineworkers and Construction Union (AMCU) initiated strikes at the mines of Anglo American Platinum, Impala Platinum and Lonmin in South Africa on January 23. Estimates of the number of miners on strike ranged upward from 70,000.

Government-mediated negotiations between the two sides were held briefly on January 24 and then scheduled to resume the following week. However, both sides remained insistent that they would not accept demands that were being made by their opposite numbers.

The platinum mining companies negotiate individually, not collectively, on wage settlements for their workers. However, the chief executives of Anglo American Platinum, Impala and Lonmin issued a rare joint statement of January 21 that noted with “…dismay and regret the threatened strike action called by the Association of Mineworkers and Construction Union at our operations following the deadlock reached last year in wage negotiations.”

The wage increases being offered by the three companies were in the range of 7.5% to 8.5%, plus increases in other benefits. AMCU was demanding a doubling of minimum monthly wages and better working conditions.

The companies said, “Our offers compare favorably with increases in other sectors and are above the current inflation rate of 5.3%. It is important to note that the platinum industry has also extended wage increases substantially above the inflation rate in preceding years and currently pays amongst the highest entry-level wages in the country.

“AMCU’s current wage demands are unaffordable and unrealistic. It is of great concern to the platinum companies that employees are being made promises by AMCU that cannot be delivered upon. Strike action will not only hurt the platinum industry but will be to the detriment of employees and their families, to communities, and to the country as a whole.

“We estimate that employees were forced to forego wages of around R1.18 billion, excluding bonuses and other benefits, which they were then not able to earn. Furthermore the platinum price has plunged by 19% over the past three years, while costs continue to rise.

“Unfortunately these factors led to a reduction in the combined industry workforce from more than 145,000 to less than 134,000 in the two years from December 2011 to December 2013. This is a time when the industry can ill afford further losses of production and jobs due to strike action.”

AMCU President Joseph Mathunjwa remained intransigent in his demands that entry-level wages more than double, and, as of January 24, when this report was being written, prospects for a near-term settlement of the strike did not appear to be good. 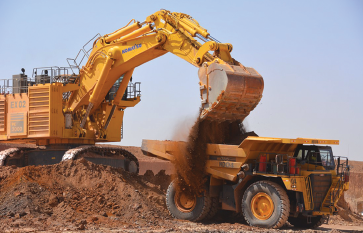