Primary changes to the processing plant will include addition of a pebble crusher; utilization of the third ball mill, previously used as back-up; addition of two CIL tanks; addition of a thickener; additional gensets; critical spares; and some equipment capacity upgrades. The expansion is budgeted at $25 million, including $18 million for enhancements to the plant and $7 million for additional mining equipment. Commissioning is scheduled to occur by yearend 2011, and payback is estimated at less than 16 months.

The Mana mine currently produces from two open-pits. Semafo launched its new phase of plant expansion in consideration of potential development of an underground operation, continued growth in reserves and resources in the vicinity of the plant, and exploration results suggestive of superior potential to develop additional resources in the surrounding area. Exploration on the property is budgeted at $30 million during 2011, including 69,000 m of core drilling, of which 6,000 m will be over deep targets; 130,000 m of reverse circulation drilling; and 50,000 m of air core drilling. 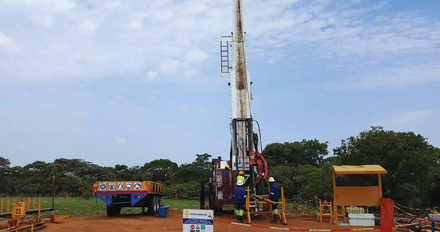