Enamco Buying 30% Stake in Bisha Mine

Nevsun Resources has agreed to sell a 30% interest in its Bisha mine in Eritrea to the Eritrean National Mining Corp. (Enamco) for $253.5 million. Payments will be made from after-tax cash flows generated by the mine, so Enamco’s interest will effectively pay for itself, without separate use of government funds.

A formula has been agreed whereby a substantial portion of the cash generated by the Bisha mine that would otherwise have been paid to Enamco will go to Nevsun until the purchase price is paid in full. Payment is expected to be settled in about two years, depending mainly on metal prices and output from the Bisha mine.

The Bisha mine is based on a large precious and base metal-rich volcanogenic massive sulphide deposit 150 km west of Asmara, Eritrea. The deposit is configured in three distinct layered zones, a 35-m-thick surface oxide zone having a high gold and silver content immediately overlying a 30-m-thick, copper-enriched supergene zone, which itself overlies a primary sulphide zone containing both zinc and copper, which is open at depth. 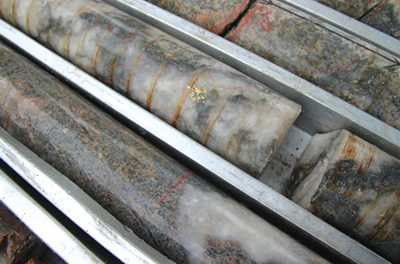