African Minerals Ltd., an AIM-Listed mineral exploration and development company, and Chinese steel producer Shandong Iron & Steel have entered into a Memorandum of Understanding (MoU) that calls for investment by Shandong of $1.5 billion to acquire approximately 25% of African Minerals’ Tonkolili iron ore project in east-central Sierra Leone, West Africa, and a similar interest in related infrastructure projects. The investment will be accompanied by an off-take agreement for up to 10 million mt/y of iron ore at discounted prices.

African Minerals will use the funding to develop an all-rail transport and logistics system to serve the Tonkolili project instead of its originally intended combined haul road and rail system. The company is now targeting production of 10 million mt/y of hematite ore by the fourth quarter of 2011, to be followed by an expansion to 25 million mt/y by the fourth quarter of 2012.

Subject to due diligence by Shandong, definitive agreements were expected to be signed by September 6, 2010. 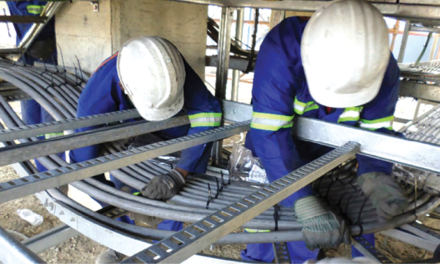