By Chris Howell and Dave Christophersen

An advanced cyanide and metals removal system is currently nearing completion at the Marlin gold mine, located in the western highlands of Guatemala. Marlin is a combination of open pit and underground mining with a conventional milling operation that began commercial production in the fourth quarter of 2005. The mine is owned by Montana Explorada de Guatemala, S.A., a wholly-owned subsidiary of Goldcorp Inc.

The mill, which utilizes the Merrill-Crowe process, is designed to process more than 1.8 million dry tons of ore per year. Marlin produced 227,200 oz of gold and more than 2.8 million oz of silver in 2007, its second full year of production. The tailings and water generated from this facility are treated with an SO2 air cyanide removal technology prior to discharge to the mine’s tailings impoundment. The impoundment currently contains 4 million m3 of tailings and is expected to expand to nearly 20 million m3 by the end of the mine’s life.

Because the mine will likely need to discharge water from its tailings impoundment at some point in the future, Marlin is building a new water treatment plant exclusively for that purpose.

“We must be able to treat the water so it complies with both Guatemalan and World Bank discharge standards, in addition to a number of other stringent standards required by Goldcorp,” said Lisa Wade, environmental director for Goldcorp. In fact, Goldcorp has taken extra precautions beyond that which is legally required, by self-imposing additional stringent standards at the Marlin project.

Crown Solutions, a business unit of Veolia Water Solutions & Technologies (VWS), was awarded the engineering, procurement and construction management contract for the cyanide oxidation and metals removal plant. The new system will be capable of treating water from Marlin’s tailings impoundment at a rate of 2,200 gal/min.

The treatment plant will have three specific phases of treatment: cyanide oxidation, clarification, and carbon adsorption. These additional treatment steps will reduce the cyanide levels to meet the higher discharge standards adhered to by Goldcorp.

The first phase, cyanide oxidation, will reduce the cyanide to acceptable levels and remove mercury. A treatment regime was developed for cyanide using peroxide oxidation with a copper catalyst, then precipitation. A Hydrex chelating polymer will also be used to help reduce mercury down to very low levels. In testing, mercury was reduced to below detectable levels (0.0002 mg/L for this test).

In order to meet final effluent limits for total, WAD and free cyanide, Crown Solutions determined, through lab treatability studies and on-site testing, that pH control and iron sludge adsorption, along with peroxide oxidation, copper sulphate catalysis and precipitation, would be the most effective treatment. Iron sludge adsorption and the addition of the heavy metal chelating agent was selected to remove primary Hg.

The second treatment phase, clarification to remove the metals and sediments, will be carried out by Actiflo high-rate, sand-ballasted flocculation and settling technology.

In the sand-ballasted flocculation process, raw water is first mixed with a coagulant in a high-shear environment where it is retained for two minutes. In the next tank, the water is injected with a polymer along with microsand and mixed aggressively for roughly another two minutes. The water then enters a “maturation zone,” where gentle shear is applied for an additional six minutes.

The microsand-ballasted flocs increase in size, trapping smaller flocs before the water enters the sedimentation tank, where the large flocs immediately begin to settle. The clarified water at this stage then counterflows upward through settling tubes to collection troughs where it can be diverted to various applications. The microsand and other solids in the ballasted flocs that settle in the bottom of the tank are then pumped to a hydrocyclone centrifuge. The microsand is cleaned and reinjected for reuse and the waste solids are removed.

The technology has proven both flexible and versatile. The coagulation phase works on the total suspended solids (TSS) and chemically active contaminants. The Hydrex flocculent ensures that the sand bonds strongly to the flocculated solids. The solids by themselves are typically at or near the density of water, so they cannot settle rapidly without the added weight of the microsand (2.65 specific gravity). Once weighted with the tiny sand particles, the flocs sink immediately in the settling tank.

The Actiflo process serves not only as an effective high-rate clarifier but also as a highly versatile chemical reaction vessel. Depending on pH conditions, colloidal and dissolved metals in the influent can be precipitated using classic and familiar chemical methods for efficient sand-ballasted removal in the settling step. Because retention times in the system are very rapid (minutes instead of hours), the technology is extremely compact, providing increased capacity without the large surface area requirements of traditional flocculation/sedimentation systems.

Following clarification, a Hydrotech disc filter is used to polish the effluent of suspended solids. The disc filter is a mechanical, self-cleaning filter that works without pressure to force water from a center drum through partially submerged vertical disc segments attached to the drum. Each disc consists of eight filter segments. Solids are separated from the water by microscreen cloth mounted on the two sides of each segment. Once separated, the solids are rinsed off into a collection trough from where they are discharged.

The unit uses a portion of the filtered effluent to spray over the filters and backwash them as they are in the process of filtering effluent, thereby allowing for continuous operation as well as continuous cleaning. The compact design of the disc filter configuration provides two to three times more filter area compared to drum filters of the same external dimensions.

The third and final treatment phase is carbon adsorption. Here, water is pumped through columns containing activated carbon, accumulating substances in the filter. The activated carbon is supplied by PICA.

Through adsorption, the contaminant material physically attaches on the surface of active carbon in the meso-pores and micro-pores of the active carbon. Depending on the mercury level and chemistry removal efficiencies, it may not be necessary to rely on carbon filters for secondary mercury treatment. But because Goldcorp wants to be absolutely certain that discharge at the mine meets its own stringent standards, it decided to include it as a contingency measure.

“We’ve added this third step just to be ultra conservative,” Wade said. “Since we want to avoid any upset conditions——ever——we decided to include the carbon absorption treatment step as a precaution, in case there’s ever any issue with either of the first two steps.”

Commissioning of the new treatment unit is scheduled for early 2009. Wade said the mine plans to remain flexible regarding its operation following start-up and commissioning.      “The most important aspect to this project is to have the treatment plant there and available. How much or how little we use it is something that will be decided based on multiple factors. We could decide to let the water stay in the tailing dam and continue to reuse it in the process plant,” Wade said.

“Or, we may operate the new plant periodically, or seasonally. But to be conservative, the new plant is designed to run continuously for the life of the mine, if needed.”

The western highlands of Guatemala are home to picturesque mountains, narrow river ravines, and pastoral plains. It is also home to the country’s highest concentration of indigenous people. With the safety and well being of the land, waters, and population in mind, Marlin is committed to operating a safe and environmentally sound mining operation.

“All of our mining operations obviously have to meet the standards of the country we’re operating in,” Wade said, “but we also want our mines to meet the more strict international standards——especially if the country’s standards are not as stringent as we think they need to be. We believe that simply complying with the legal requirements at Marlin wasn’t protective enough of the environment, and the new treatment plant will help ensure that we are.” 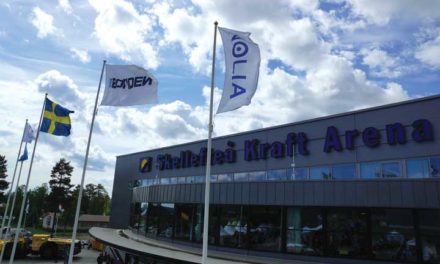 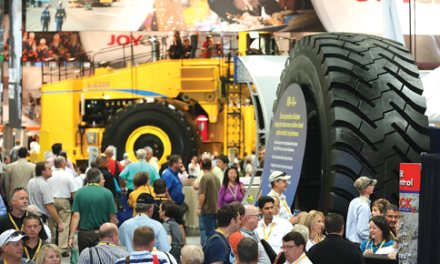