A case study demonstrates the benefits of AC technology

Working with a western Canadian mine operator, P&H Mining Equipment conducted a case study to compare the performance of its AC-powered rope shovel against its DC-powered shovel. The mine operates several P&H electric rope shovels and recently purchased two P&H 4100XPC AC shovels. Because these units were new to the operation and are matched with some new haul trucks as well, a study was carried out in March 2011 to assess the productivity of these new shovels in comparison with a 4100XPC DC shovel that has been used on the property since mid-2008.

The results showed the AC shovels exhibited a higher availability than the DC shovel through a similar period. Additionally, initial results indicate the cycle time of the AC shovels is faster, resulting in a higher production rate.

DC controls on P&H electric shovels evolved from Ward-Leonard to the analog Electrotorque in 1968, the digital Electrotorque Plus in 1997, and the Centurion in 2004. The Centurion supervisory control and data acquisition technology put P&H in a position to offer AC drives as a reliable alternative to DC drives. The company’s first AC drive shovels went into service in 2007—two years after it launched its AC drive shovel initiative. Today, P&H offers both DC and AC drive shovels as demand continues for DC drive shovels in some mining regions while other regions standardize on AC drive technology.

To validate the productivity rates from the 4100XPC AC shovels, particularly in loading 345-ton Cat 795F and 400-ton 797F haul trucks, a joint productivity study was planned and executed between the mine and P&H. In addition to performance improvements, P&H also wanted to verify that its voice-of-customer driven approach for mine operations was effective.

A number of important improvements were included on the 4100XPC AC shovel affecting reliability and/or productivity:

These upgrades were made to improve the performance of the 4100XPC AC, several of which were targeted for validation during the study.

A study to compare the productivity figures between a 4100XPC DC and a 4100XPC AC was jointly conducted starting the week of February 28, 2011, between P&H Mining/MinePro Services and the mine. A set of truck scales was brought in by the mine to weigh haul trucks loaded by the 4100XPC AC (with a few loads from other shovels). Those weighed included 320-ton Komatsu 930E, 345-ton Cat 795F and 400-ton Cat 797F haul trucks.

During the same period, time studies were conducted on the 4100XPB DC (Shovel S05), 4100XPC DC (Shovel S06), and the first 4100XPC AC (Shovel S07). Additionally, the P&H PreVail data acquisition system installed on Shovel S07 was monitored for payload consistency as compared to data from the truck scales. PreVail also provided additional information on the swing angle, digging time in the bank, time to swing loaded, and time to swing and return to the tuck position for each dipper pass. The same operator was used on each different shovel during the time studies to eliminate operator skill level as a variable in the study.

In all, there were:

As part of the study, photos were taken of representative dipper and truck fills to use in future operator discussions and training so that operators can better recognize when the dipper and truck are loaded to capacity.

Additional data obtained from the mine included:

Excluding the first two months of operation to allow for a break-in period on each shovel, excellent results were found on all three shovels under consideration with the lowest physical availability being 92.52% on the 4100XPC DC Shovel S06 for the subsequent four months of operation. The two AC shovels (over a three-month operating period on Shovel S07 and one month on Shovel S08) had a weighted average physical availability of 93.96%.

It should be noted that life-to-date (through more than 16,000 operating hours), Shovel B has demonstrated a 93.58% physical availability, an improvement over the first several months of operation.

If these numbers are maintained over time and assuming a fully trucked unit, an availability advantage of approximately 1.5% can add significantly to the mine’s production rate. Under fully-utilized conditions, an improvement of just 1% availability can add some 250,000 m3 of overburden annually to the overall mine production (even considering the same production per hour).

In the design of the AC shovel, P&H targeted an availability improvement of 1% to 2% over the DC version of the same shovel model. The results suggest that this is accurate.

One of the key components in a shovel’s productivity is the time it takes the shovel to load a dipper of material into the truck (along with the payload in each dipper full). In an electric rope shovel, the cycle time consists of the following components:

In the time studies conducted, each component (except dump) was tracked individually (dump was considered part of both the swing empty and swing return components and assumed to be 2 seconds—one second accounted for in each of these). PreVail data showed an average swing angle of approximately 60°.

As seen from the time study data on cycle time components (See Figure 1), the 4100XPC AC has an average cycle time some 3.5 seconds faster than that of the 4100XPC DC. This represents a significant reduction in the load times of the shovel. A minor portion of the cycle time savings was in the swing loaded component (0.4 seconds) but the vast majority of the cycle time savings is in the time required to hoist the dipper through the bank. Faster hoist times as demonstrated here are one of the inherent advantages of an AC drive over a DC drive in an electric rope shovel. Some of the time savings can be attributed to the shaped bucket that is currently being used on the AC shovels. These buckets are endorsed by P&H to reduce dig time in the face.

P&H targeted a cycle time improvement of 1 to 2 seconds over the 4100XPC DC when designing the AC shovel. The study indicates that the target number is currently being met.

However, it should be noted that there are some differences—from day-to-day as well as from truck model to truck model—that are perhaps more significant. According to Figure 2, the range from day-to-day may be as high as 10% reflecting changes in the digging conditions, material fragmentation, position within the bank, etc.

To date, the mine has maintained the same preventive maintenance (PM) schedule for the AC shovels as currently being used with the 4100XPC DC shovel. They are, however, investigating the possibility of extending these intervals. Based on current data, the mine has found that the average machine downtime for each PM is some 2.2 hours less with the 4100XPC AC shovels

than with the DC-powered 4100XPC. Additionally, they are using an average of 7.6 fewer man-hours for the electrical portion of the PM (See Figure 3).

These indications from the PM data show that there can be a significant advantage to the AC shovel. If the operator is achieving an average of 3,300 bank cubic meters (BCM) per hour of production and can gain an extra two hours of production for every 500 hours of operation, there would be the potential for 79,000 BCM of additional material to be moved each year. The labor savings can also add up to a significant reduction in PM costs. These results would be compounded further should the PM intervals for the AC shovels be extended.

Six months of operation on the 4100XPC AC at the mine had not allowed sufficient operating hours for the operation to generate a history of parts cost comparison between the DC and AC shovels. P&H Life Cycle Management, however, has made some long-term projections.

Primarily because of the lower maintenance involved with the AC motors, P&H projects an overall 4% reduction in parts cost per hour with the AC-powered 4100XPC versus the DC-powered unit (based on 6,000 hour-meter hours per year).

Annually, the savings varies from 2.7% to 5.4% with the higher variances occurring in the two earlier periods. Combined with the higher productivities experienced from the AC shovel, the cost per BCM is further reduced significantly.

It is difficult to compare productivities based strictly on the time study data because shovels do not experience the same levels of truck presentation. Table 2 compares the expected overall production between a P&H 4100XPC DC and a 4100XPC AC based on double-side loading of the trucks and some of the other parameters observed during the time studies conducted of both shovels. An operating efficiency of 83% (50 minute-hour) will be used and a haul truck capacity of 290 mt is assumed for this estimate (with a 3-pass load).

Based on the cycle times observed, the 4100XPC AC would have an estimated productivity advantage of 11.2% over the 4100XPC DC in similar operating conditions. This is currently higher than projected by P&H but a target long-term advantage of 5% to 6% should be very achievable.

As projected by P&H during the design phase of the 4100XPC AC shovel and as validated by this study, the AC-powered shovel offers some significant cost and productivity advantages over the DC-powered shovel. The AC shovel is achieving a 1% to 2% better availability (over the same period); a faster cycle time equating to a higher productivity; and, projected lower operating costs. Considering all of these factors, the 4100XPC AC is expected to have a positive long-term impact on both production and cost per ton/BCM moved at the mine.

Berkhimer is a senior applications engineer for P&H Mining Equipment. This article was adapted from a presentation he made at the Haulage & Loading conference, which was held during May 2011 in Phoenix, Arizona, USA. 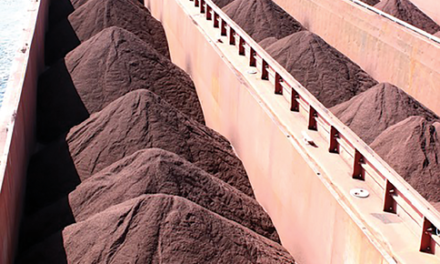 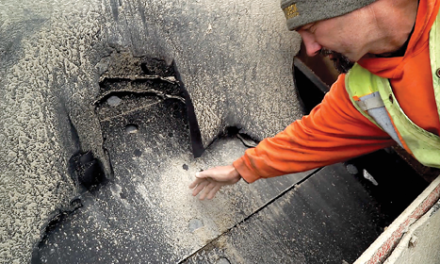