If the managers at the site of the developing Wesizwe Bakubung platinum mine in the troubled northwest province of South Africa are concerned about talk of more strikes, they don’t show it. The gloom that hangs heavily over the platinum industry is noticeably absent at Bakubung, west of Johannesburg and close to the sprawling gambling and entertainment complex, Sun City.

This is because while other mines in this platinum belt source of nearly 80% of the world’s reserves are looking at shaft closures, Bakubung has its eye on its opening. It’s still another five years before the first ore comes out of the ground, by which time many of its competitors may well have closed their doors. It is also a rare greenfield project at a time when the South African platinum industry finds itself in crisis, with shaft closures looming throughout the production belt.

Eventually, Bakubung plans to raise 230,000 metric tons per month (mt/m) of ore to the surface from a 1,000-m-deep main shaft. This shaft call is similar to the so-called third generation shafts—a move away from old times where average production rates of 120,000 mt/m were a norm, according to Tony Anderson, mine manager for TWP, the company contracted to build the mine. “What you see here will be the biggest head gear I have ever worked on,” he said, pointing to the Eiffel Tower-like structure rising from the sun-parched earth in front of him. “And I’ve built 11 mines in my career.”

Once the superstructure is completed, it will hold a 1,860-mt headgear standing 86 m high. The headgear and a friction rock winder will be used to hoist two 22-mt skips on a 23-hr cycle that will help deliver ore to the surface. Usually, mines in the platinum belt depend on 12-mt skips, said Anderson. The main shaft headgear has been lifted into position using a 1,000-mt Sarens crane, on loan from the Belgian firm. The framework consists of fabricated beams weighing up to 46-mt each.

The mine will be accessed by a twin independent vertical shaft system. The main shaft will be for men and materials, and the secondary shaft will provide ventilation, but also function as an escape route should it be needed. Both have just completed pre-sink to depths of 120 m, said Jacob Mothomogolo, projects executive at Wesizwe. “The critical infrastructure such as dams and workshops has already been laid down,” he said. “Both shafts are at around 120 m now; the ventilation shaft will eventually be 930 m deep, and the main shaft 1,000 m.”

Pollution control dam No. 1 was completed mid-2011 and the second portion was done at the end of 2012, the dam capacity of about 70,000 l, which holds about two-thirds of the required full capacity. Eskom supplies 8 MW from an on-site substation. This is sufficient for the shaft-sinking process that will run to 2018. However, the mine will then need 60 MW to move to full production, which is a potential hitch in the mine’s development plan. Eskom is struggling to meet national capacity and has fallen two years behind in building its latest power station. This raises the possibility that Eskom will fall behind in other projects too, with obvious implications for Bakubung. Mothomogolo notes this is a concern, but talks with Eskom are ongoing.

For now, management is happy with the progress at the mine. “We have a small deficit of around 70 m on the ventilation shaft, but are confident we will catch it up,” Mothomogolo said. “This is a 62-month project and we are only 18 months into it.”

Bakubung’s production profile is sequenced, as are most mines in the area, to the Merensky reef that will be exploited on a higher ration first, followed by the Upper Group 2 (UG2) reef. Merensky is projected to be depleted within 15 years of production, after which the full 230,000 mt capacity will come from UG2.

Merensky will be mined using conventional breast-stoping methods by means of handheld drills and scraper winches. UG2 ore will be removed by semi-mechanized or hybrid methods using drills on the face and large haul dump vehicles for cleaning.

Crusher stations will be underground. “This was meant to reduce noise and vibration to the surrounding community,” said Mothomogolo. Ore will be reduced to 150 mm, raised to the surface and stored in separate silos for the Merensky and UG2 production. The mine complex will also include a processing plant to treat and produce concentrate. The life of the mine is predicted to be 35 years, producing 350,000 oz of platinum group metals a year.

Bakubung forges ahead at a particularly unhappy time for the South African platinum industry. Falling prices, overproduction and strikes that culminated in a massacre of striking workers last year have shaken platinum producers to their core.

Bakubung has escaped these issues largely because it still has a small workforce. It has around 930 people on site, 30% of whom are drawn from the local community. Once production commences, the mine will provide jobs for 3,000 or more people. Many of these will be drawn from migrant labor—a phenomenon that many analysts say contributed to last year’s unrest.

Mothomogolo noted the surrounding community had little mining experience—most worked in agriculture or tourism. The mine lies next to gambling and entertainment complex Sun City (eventually the development work will pass under Sun City itself).

Bakubung has begun collaborating with neighboring mines to train required staff, but noted that some specialist skills will come from outside. However, the company is taking the lessons from recent events and has set up a community liaison as well as a long-term housing program for incoming workers. Training schemes for locals are also part of the mine’s future employment profile.

Chinese Funding
Bakubung is unique not only for being one of the few sizeable platinum projects under way at the moment but it is also the largest Chinese mining investment in South Africa. Up until now, the Chinese have vigorously pursued mining opportunities on the rest of the continent, but has avoided South Africa, put off by tight local ownership requirements and a mature industry already dominated by international majors.

In 2010, China’s Jinchuan Group, a metals producer, took over Wesizwe, which owned the rights to Bakubung. Jinchuan, together with China-Africa Development Fund, paid $227-million for its controlling stake of 45% in the company. The rest of the shares are held by small investors and private equity funds.

Jinchuan named Jianke Gao, an experienced mining engineer, as its CEO, and brought with it a commitment to provide a project finance facility of $650 million. This landed in the bank late last year when the China Development Bank (CBD) finalized the loan.

In this regard, Jinchuan succeeded where others failed. Several other large Africa-focused takeovers by Chinese companies have fallen apart because they could not secure financing from one of China’s state-owned banks, such as the CDB. In March, the Hanlong Group’s attempted takeover of Australia’s Sundance, which is developing the Mbalam iron ore project on the Cameroon/Republic of Congo border, collapsed after loan guarantees did not materialize. And in January, Barrick’s attempt to sell subsidiary African Barrick Gold to China National Gold Group Corp. collapsed.

“To secure permission from the Chinese regulatory authorities is necessary to secure funding from its banks, and this means jumping through a lot of hoops,” said Milton Osborne, a Beijing-based banking and finance partner for global legal firm Norton Rose. “It is a long and complicated process.”

Offshore deals are scrutinized and viewed according to how they meet Beijing’s national strategic plans. “Most companies are heavily dependent on the state. Without permission from the regulatory authorities, they won’t be able to access finance from banks, which are very much an extension of the state,” Osborne said. He also noted that Wesizwe would have had to go through this process, but now that it is done, it would have access to Chinese capital. “It still took a long time to get done. But approval is absolutely necessary to secure funding.”

The $650-million tranche the CDB released is about half of the expected capital development cost of the project. Current estimates say it will require 12 billion rand ($1.3 billion) to bring to production. This will eventually mean either raising another loan or going to the market for additional capital.

However, this is unlikely to present much of an obstacle. Beijing is tightening up vehicle emission standards and platinum as a key ingredient in catalytic converters and will likely experience increased demand from China. China recently surpassed the U.S. to become the largest automaker globally and auto sales are projected to grow at 5% per year over the next three years, according to IHS Global. At the same time, China is also the world’s largest buyer of platinum, although this is mostly for jewelry. 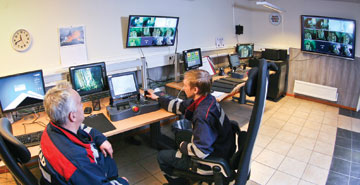 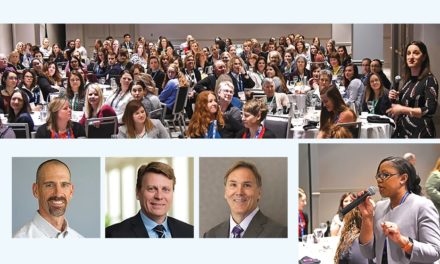 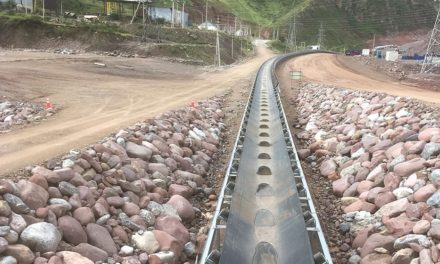