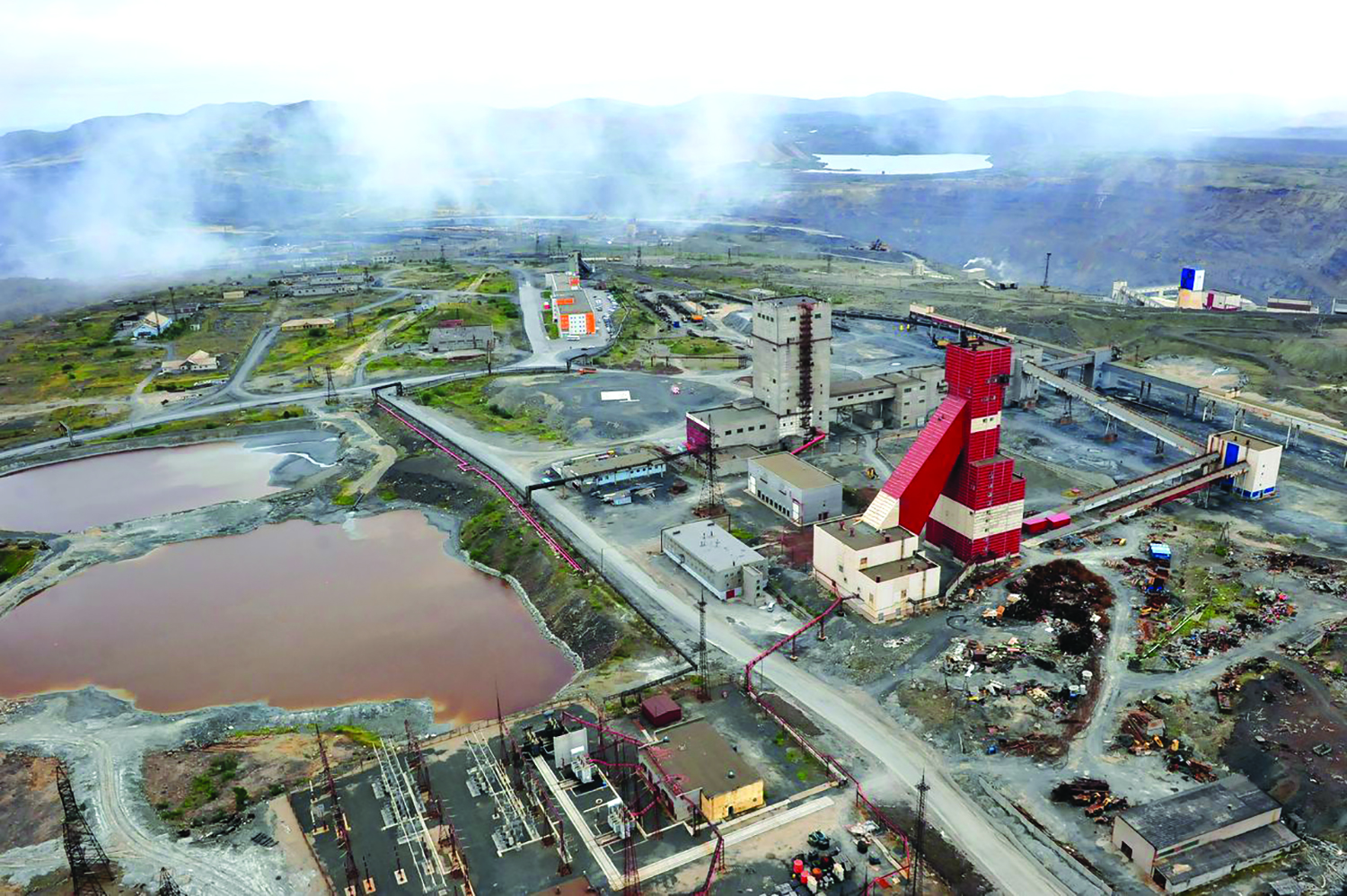 Some miners consider Arctic expansion, while others try to improve their environmental image

The past year was rather difficult for Russian mining companies. The impact of the coronavirus (COVID-19) pandemic in most segments was moderate, with only a few companies reporting it temporarily disrupted operations.

In 2020, the Russian Parliament approved a tax hike for metallurgical and chemical companies. For those companies, the Mineral Production Tax increased by a factor of 3.5 times in 2021 compared to the basic rate. As explained by Alexey Sazonov, deputy Russian finance minister, this hike would cut the affected companies’ profit on average by 2%. And it would contribute an additional 56 billion rubles ($800 million) per year to the national budget. The average profitability of mining companies subjected to the increased tax is around 20%, while particular companies have this figure close to 50%, so the authorities do not believe the tax increase will significantly impact the mining sector’s financial health, Sazonov said.

The Russian government is still mulling plans to provide tax breaks to the companies mining ore in the Arctic. All new projects for liquefied natural gas (LNG) and oil production in the Eastern Arctic are not subjected to the Mineral Production Tax. A group of market players asked the government to extend this support tool to the entire mining industry to encourage companies to develop new deposits in remote hard-to-reach areas. This idea has been supported by Russian mineral fertilizers producer Fosagro. Andrey Guriev, general director of Fosagro, said during a meeting with Russian President Vladimir Putin that the growth of mineral fertilizers production in the country in the next several years would entirely depend on the pace of development of the mineral resource base within the Arctic Circle. Russian analysts believe the Arctic could be the most promising region for mining companies, despite harsh weather, logistics challenges and poor infrastructure.

Russian government officials have also called on miners to make their operations more environmentally friendly. No legislative changes in this area are in the pipeline yet, but large mining companies have voluntarily invested money to make their business more sustainable and green. This trend is likely to gain momentum in the coming years since it would allow Russian mining giants to improve their public image, both at home and abroad.

Norilsk Nickel, or Nornickel, the world’s leading nickel and palladium producer, has been tremendously impacted by an accident when 21,000 metric tons (mt) of diesel poured from one of the company’s storage tanks into rivers and lakes in Russia’s Arctic north. The company had to pay a record $2 billion fine — the biggest ever issued for environmental damage in Russia. The company also suffered substantial reputational losses, facing criticism over its environmental projects.

In 2021, the company experienced several new setbacks. First, three people were killed and three injured after a workshop roof collapsed at a processing plant in the Arctic during renovation works. A week later, the company had to suspend the operation of the Oktyabrsky and Taimyrsky mines due to an inundation. These two mines account for 36% of the ore mined by Nornickel in Russia. The mines have solved the problem and reopened.

Nornickel has recently put together a new development program through 2030, under which the company plans to increasingly focus on ecology and spend some $5.5 billion on various environmental projects. Nornickel’s new development program envisages 2 trillion rubles ($26.1 billion) investments, excluding the increased social spending, Sergei Dubovitsky, senior vice president of Nornikel, said. Strategic goals have remained unchanged and the company expects to ramp up ore production to 32 million mt by 2030, he said.

Out of the company’s total investment over a 10-year period, approximately $5.5 billion will be spent on projects that positively affect the environment. One of the biggest projects in the coming years is building the Norilsk concentration plant from scratch with a capacity of 11 to 14 million mt/y of ore. Norilsk Nickel plans to make investment decisions soon on two other projects: the construction of a third melting unit at the Nadezhda Metallurgical Plant for 850,000 mt and a new copper refining shop at the Kola MMC for 150,000 mt of copper.

Both projects are slated to be launched by 2025 and environmentally friendly, Dubovitsky said.

“We are consistently addressing the most bottlenecks in terms of production growth. This approach will allow us, based on investments in mining facilities, to increase metal production by 20%-40%, which we declare as our strategic goal,” Dubovitsky said.

Nornickel is also heavily investing in equipment modernization. Nornickel has allocated 4 billion rubles ($55 million) to upgrade production assets at Kola MMC in 2021. More than 6,800 units of various equipment will be delivered to the company’s divisions; most of it will go to the Severny mine. The company has already received new equipment for the launch of autonomous drill rigs.

The management of Nornickel has decided to build an enterprise for LNG production. In parallel, a pilot project is being carried out to re-equip haul trucks for dual-fuel operation using LNG. The tests are scheduled for the second half of 2021 and aim to confirm the possibility of a 40% replacement of diesel fuel with LNG.

Russia’s biggest gold mining company, Polyus Gold, also experienced problems last year, but they were of a different kind. In early 2020, a massive COVID-19 outbreak hit Olimpiada Ore Mining and Processing Plant — one of the largest gold deposits in Russia, which produces roughly 70% of the gold in Siberia. In May 2020, 1,300 employees or more than a third of the entire mine’s staff tested positive for coronavirus. The situation was so dire that the Russian Defense Ministry had to send 200 military troops to help the company deal with the outbreak.

Speaking late last year, Mikhail Stiskin, vice president of Polyus Gold, said the company experienced a significant workforce shortage for mining operations, especially at the Olimpiada mine, and to a lesser extent in Blagodatny, another mine in Siberia. He added that the company significantly slowed the mining of ore, which might affect production plans in 2020 and 2021.

In 2020, Polyus Gold reduced gold production by 3% to 2.766 million ounces (oz), the company estimated. A shortage of manpower has become a common challenge in the Russian gold mining industry. The absence of migrant workers from Central Asia caused a staff deficiency in 14 mining companies in Irkutsk Oblast, the regional government estimated.

Polyus Gold is also set to embark on some environment-protecting projects. The company announced plans to reconstruct treatment facilities at Blagodatny in 2021-2022 and rearrange storm sewers at the Olimpiada mine. Polyus also intends to build a drainage system from the Natalka mine.

“Polyus is setting a new standard for transparency in the use of water resources in Russia. Based on the principles of sustainable development, we strive to use natural resources responsibly and efficiently in order to minimize the impact on the environment,” Pavel Grachev said.

In 2021, Polyus expects total gold output to decline to 2.7 million oz due to a temporary reduction of head grades at Olimpiada caused by forced changes to the mining schedules following the virus outbreak in the second quarter of 2020 and subsequent downscale of stripping works. Polyus also said the company expects the head grades to rebound in 2022 and 2023 as the company gets access to the higher grade ore material.

Future development, to a large extent, is tied to the Sukhoi Log gold mine. Research completed in 2020 showed that this undeveloped deposit in the Irkutsk Oblast region holds an estimated 40 million oz of proven reserves with an ore grade of 2.3 g/mt and accounts for about a quarter of the country’s entire unmined gold. Measured, indicated and inferred mineral resources are estimated at 67 million oz.

Polyus said the Sukhoi Log deposit was the world’s largest by reserves. Polyus has finished a prefeasibility study for Sukhoi Log and now expects capital expenditures at $3.3 billion, up from the 2018 estimate of $2.3 billion. The deposit’s average annual production is now seen at 2.3 million oz. The feasibility study on the project is expected to be finished in 2022, while the first gold must be mined in 2027.

In 2020, diamond production in Russia was 31.2 million carats (ct), down 31.1% compared to the previous year. The Russian diamond mining industry’s revenue has declined by 45.2% to $2.26 billion. Almost all diamonds in Russia are mined by Alrosa.

Alrosa plans to ramp up diamond production in the coming years. “Our baseline scenario is to return to the target production level of 37-38 million ct by 2024. However, we are now considering several other options that will increase production ahead of schedule,” Deputy Director Alexey Philipovsky said.

One of those options would be the revitalization of Alrosa’s Mir mine. They are considering a a new mine next to the one that flooded in 2017. With a positive decision, the capital investments on this project could reach $1.2 billion. Building a new mine may begin in 2025 and take up to six or seven years.

In December 2020, Alrosa announced the start of exploration drilling at the Mir mine. The company expects to update the data on the size of the kimberlite pipe, its position, grade and quality of diamonds within 24 months. The drilling would cost the company 2 billion rubles ($28 million).

“In general, the project for the restoration of the Mir mine looks very positive, so the company decided to make these investments in geological exploration,” said Sergey Ivanov, general director of Alrosa, adding that protecting from new floods would require some unique solutions.

“The main problem is protection from brines of the Metegero-Ichersky water-bearing complex, which caused the [2017 flooding] accident. There are simply no other deposits with the same complexity of their hydrogeology [in the world],” he added. 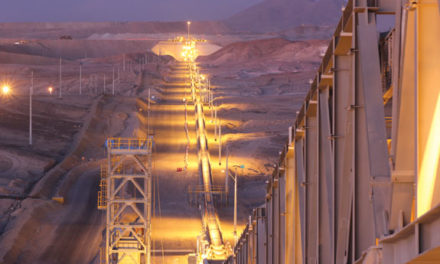 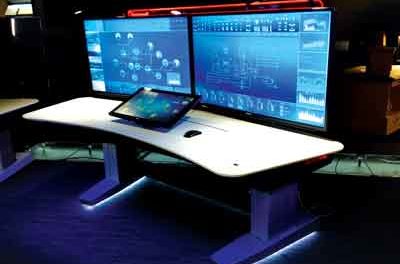