Rotating containers turn a conventional crane into a tippler for loading ore into a bulk cargo vessel.
(Photos courtesy of Nevsun)

For Eritrea-focused mining company Nevsun Resources, the challenge was stark but simple; how to get copper concentrate from its 60% owned operation situated in the center of Eritrea, to the port of Massawa, 350 km away, and off to various smelters around the world. Lacking adequate railway infrastructure to service the project, the Canada-based company opted for road haulage combined with a key piece of technology-the Rotainer.

“What we did here was solve a problem,” said Murray Bridle, managing director of Australia-based Container Rotation Systems (CRS), the company that supplied the system to the Bisha mine, a joint venture between Nevsun and the state. “This solution meant the country did not need to spend an estimated $60 million on construction of a bulk export port or spend several million dollars on a shed in which to store concentrate at the port plus associated infrastructure.”

In addition, because the containers are returned to the minesite from the port, rather than shipped abroad to the smelters’ ports of discharge, they are available again for another load in a few days-rather than the months that would normally be the case if they were shipped to the end client before being emptied.

The way the system works is to use custom-designed containers that have a special coating on the interior. At the mine site, concentrate is loaded into each container-about 34 metric tons (mt)-and a lid closes over the top to avoid moisture loss. It’s easily transported via standard road vehicles (prime mover plus trailer combination) and has a number of dust reduction options to meet all environmental requirements.

It is then driven 24 hours by road to the export container terminal at Massawa on the Red Sea. Once at port, the container will be lifted by a conventional mobile Gottwald crane that has been fitted with the Rotainer tippler. This is based on ISO shipping container dimensions, which means it can easily be assembled for short-, medium- or long-term projects, and is suitable for any bulk commodities.

The containers are manufactured in China from 350 grade or equivalent steel, and come in three standard heights: 1.6, 1.9 and 2.2 m. They are also suitable for hazardous materials.

CRS has a patent on the automated lid lifting system that keeps the unit sealed in transit but opens easily when the container is inverted, once lowered into the bottom hold of the ship, in order for its contents to be dumped.

“With our lid there’s no ingress of water, even though there’s no rubber seal. There’s no spillage, so there’s no waste, and no dust. It’s therefore very environmentally friendly. That’s what drove it in Australia,” Bridle said.

Once the Rotainer is inverted, gravity draws the contents out. The special internal coating ensures nothing sticks,so nothing is wasted. The design was originally thought out with uranium in mind, where residual ore is a big challenge. Companies transporting uranium have to comply with tight movement standards, and getting the entire Rotainer empty without leaving traces of the radioactive mineral behind was an important achievement.

Once the Rotainer is inverted, gravity draws the contents out. The special internal coating ensures nothing sticks,so nothing is wasted. The design was originally thought out with uranium in mind, where residual ore is a big challenge. Companies transporting uranium have to comply with tight movement standards, and getting the entire Rotainer empty without leaving traces of the radioactive mineral behind was an important achievement.

Once the Rotainer is empty, it is returned to the upright position, the lid lowered back on to the container, and then placed back on the wharf, ready to be loaded onto a flatbed truck for return to the mine.

At the other end of the Rotainer system is the tippler, which Bridle said will fit almost any mobile harbor crane, from Gottwald to Liebherr. CRS electrical engineers can install the latest electronics package that will turn even an old crane into a state-of-the-art machine.

Bridle said that for the Bisha operation, there are two cranes that load about 10 to 15 containers each hour.

The company is already taking inquiries from other Africa-based resource producers that must road freight their ore. Bridle said others have tried to do the same before. Around 10 years ago, a company attempted to move coal through Durban using a rotating container system, but this was based on regular containers that had their tops cut off, leaving their contents open to the elements.

The adapted containers also proved tricky to rotate and had a limit on how much weight they could carry since they lacked reinforcing to handle loads above 22 mt. Designing dedicated bulk material handling containers together with a patented lid system took care of the limitations of using standing boxes.

For Nevsun, the operator of the Bisha mine, the investment has paid off, said Frazer Bourchier, COO at the Canadian operator. “The key is risk management and cost control,” Bourchier said in an interview. “With Bisha, it’s not about how much money is in the ground with such an exceptional deposit, rather it’s about how much money can be produced efficiently for the benefit of all stakeholders.”

In October of last year, the mine announced that its first shipment of 11,000 mt of precommercial production copper concentrate from its new copper plant had taken place. Bourchier said they are running between 20 to 25 trucks a day, or a total of 700 to 900 mt of copper concentrate. It takes between 40 to 50 hours to complete a round trip. The contractor providing the haul service has 55 trucks in its fleet but another 45 have been purchased and were due in May. A local operator, Transhorn Trucking, handles the logistics. The Bisha mine has purchased 800 of the specialized 20-ft, half-height containers with lids in addition to the mobile Gottwald crane, Rotainer spreaders and ancillary port equipment.

Another advantage from the mine’s perspective was that it did not need specialized prime mover truck or trailer equipment, saving money on capital cost and maintenance. “All of this system including trucks, trailers, cranes, port gear and rotainers was about one-third the price the construction of an export bulk port would have been, and was completed from start to finish in around 14 months,” Bourchier said.

The container lid, designed to remain sealed and suppress dust, is also an important factor. Bourchier noted that the Eritrean government has made environmental protection a priority. So the ability to transport and load concentrate without dust clouds was a key element in the decision-making process irrespective of the additional benefit of avoiding product loss.

A third element was that the Rotainer system could be slotted into the existing Dutch-built Eritrean container port without the need to build bulk handling facilities. At a cost of under $25 million, it effectively lowered the capital cost of the operation that would have been considerably higher had a dedicated bulk terminal been built.

To provide some perspective, a West African iron ore project that is currently contemplating the construction of a railroad and bulk handling facility is having to budget up to $1 billion to see it through.

CRS also took into account that the Rotainers could be sealed from the elements until they were rotated. They can also be stacked like conventional containers at the port while waiting for a vessel to dock, for days if necessary, without fear of the contents becoming rain soaked. This obviated the need for storage facilities.

Bourchier noted that mining companies are increasingly required to explore further afield and often deeper below the earth’s surface or at higher difficult elevation to access ore bodies of good higher margin metal grades. “Grade is everything, and capital and operating costs to extract orebodies continue to escalate. Even with higher grade ore bodies as we are blessed with at Bisha, the cost culture established at the mine is key to success and benefit for all stakeholders.”

Bisha is a large, high-grade volcano-genic massive sulphide deposit located 150 km west of the Eritrean capital, Asmara. The government holds a 40% stake in the mine-10% acquired as free carry, but the other 30% paid for a truly unique model.

“To date this remains the only operating mine in the country. The government obtained a significant loan to buy their stake, so they have skin in the game, and they are a very vested, focused and committed partner,” said Bourchier. “It is a refreshing approach to national partnership and involvement in generating wealth and benefits for all parties concerned with a long-term focus.”

The Bisha mine began construction of a $250 million gold plant in September 2008 and declared commercial production in February 2011 at a rate of 2 million mt/y. Initially, the mine produced low-cost gold-silver doré until mid-2013 when it invested a further $110 million in a copper flotation expansion. This expanded production to 2.4 million mt/y and the product switched to copper in concentrate. By mid-2016, flotation capacity will be expanded again to also produce zinc concentrates. 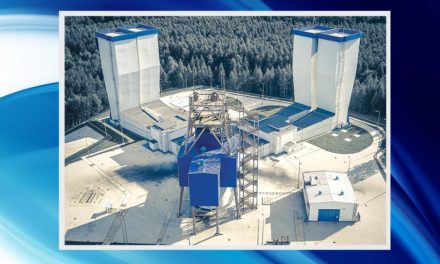 Communications: Vital for Safety and Management

Observe It, Measure It, Manage It