A TURKISH PRODUCER PREPARES TO IMPLEMENT A PIONEE

Eti Krom, established in 1936 as a state-owned enterprise, is located 55 km from from the city of Elazig in the eastern part of Turkey. After undergoing privatization in 2004, Eti Krom became a subsidiary of YILDIRIM Group, a Turkish industrial conglomerate headquartered in Istanbul. Eti Krom is the largest chrome ore and ferrochrome (FeCr) producer in Turkey. FeCr is an alloy of chromium and iron containing between 50% and 70% chromium. Ferrochrome is produced by electric arc furnaces melting chrome ore as shown in Figures 1 and 2. Ferrochrome production is essentially a carbothermic reduction operation taking place at high temperatures. Chrome ore (an oxide of chromium and iron) is reduced by the carbon in coke to form the iron-chromium alloy as shown in Figures 3a and 3b. The heat for this reaction comes from the electric arc formed between the tips of the three electrodes at the bottom of the furnace and the furnace hearth. This arc creates temperatures between 2,500°C and 3,000°C, and in the process of smelting, large amounts of electricity are consumed.

In almost all metallurgical operations, such as arc or reduction furnaces, most of the energy that goes into the process escapes in the flue gas (stack gas) and is wasted. With the ever-increasing cost of electrical power, not to mention its scarcity, it is imperative nowadays to capture this wasted energy and recycle it back to the metallurgical operation. At the Eti Krom high-carbon ferrochrome production plant, they have been working with SMS SIEMAG AG on a project to implement an energy recovery system. The system consists mainly of a waste-heat boiler, a filter bag station, a fan and a clean-gas stack. Recovered heat from the flue gas can produce more than 30 tons per hour of steam, which is then fed into a system to drive a steam turbine to generate 5.5 MWe of electrical power, which is then either directed back to the plant or sent to the national grid.

This project is regarded as a pioneering effort in the field of ferrochrome production. Their objective is to implement this environmentally friendly system at Eti Krom in 2015, which will be a new addition to the overall sustainability of the largest ferrochrome operation in Turkey.

Waste gas heat recovery and cleaning will be applied to two newer 30-MVA ferrochrome furnaces, and waste gas cleaning to the two 17-MVA furnaces. The heat energy from the hot waste gas—ranging from approximately 600°C at the gas stack down to 200°C at the bag filter plant—will be recovered by evaporative cooling and transformed into steam, which is then used for electric power generation. The system applied to the newer arc furnaces is designed for a temperature of 200°C at the bag filter plant where the bag filters cannot withstand temperatures higher than 200°C. The dedusting plant serves all the arc furnaces to ensure that hot, dust-laden flue gas is cleaned by the bag filter plant and the resulting emissions are well below international standards. Figure 4 shows the flow chart of this process.

The boiler system is composed of an economizer, evaporator, super heater, screen, steam drum and blowdown tank, as shown in Figure 5. Inlet temperature of the flue gas into the boiler (steam generator) is approximately 600°C and the outlet temperature is approximately 200°C or less. The process that takes place inside the boiler can be described as an evaporative cooling system, which employs water’s large enthalpy of vaporization. Flue gas temperature can be reduced significantly through the phase transition of liquid water to water vapor (evaporation), which can cool air using much less energy than refrigeration. A simple example of natural evaporative cooling is perspiration, which cools the body.

An economizer, in simple terms, is a heat exchanger. In the system, there are three economizer sections that preheat water from the feed water tank. The economizer sections prevent flooding of the boiler with liquid water that is too cold. Water entering the evaporator is heated sufficiently to ensure that the evaporator pipes are not damaged by temperature extremes. In the evaporator section of the boiler, water in the liquid state is converted into a gaseous or vapor state. The evaporator heats water that drops from the steam drum to generate saturated steam that is then sent to the superheater. The superheater serves to raise the temperature of the saturated steam to superheated steam; superheated steam is defined as steam that is heated above the boiling point at a given pressure. Moreover, superheated steam is a dry gas that can be used to drive turbines.

Boiler feed water usually contains two harmful dissolved gases: oxygen and carbon dioxide. If the dissolved gases are not removed before entering the boiler, they will be liberated by heat and may cause severe corrosion in the boiler, steam lines, condensate lines and heat transfer equipment, which can be very costly to repair. A deaerator in the system removes the dissolved oxygen and carbon dioxide mechanically. The deaerator is a pressurized tank, designed to heat water to the temperature of saturated steam at the pressure level inside the deaerator. The deaerator provides an effective means for recovery of heat from exhaust or flash steam. It also provides a location for returning condensate and accepts condensate first to reduce excessive makeup water. In this case, water from the demineralized water system is sent to the feed water tank with two bar at 30°C, which in turn feeds the boilers by pumps.

The steam turbine is a mechanical device that converts thermal energy in pressurized steam into useful mechanical work; this mechanical force is then converted into rotational force, which is then converted to electricity. An impeller in the turbine is connected to an electrical generator that utilizes the spinning motion of the impeller to generate electricity. There are seven stages available in this turbine. The steam conditions are: inlet = 30 bar 300°C; bleed extraction = 2.5 bar; exhaust = 0.2 bar.

A gearbox, to reduce rotation speed, is located between the turbine and electric generator. The power from the rotation of the turbine is transferred to the generator through the main shaft and the gearbox, which allows optimum adjustment of turbine speed to the particular operating conditions. The generator connected to the turbine produces electricity by turning a copper circuit inside of a magnetic field, and the turning of the copper inside the magnetic field generates electricity. The electricity generated in the circuit is then fed to the electrical substation, which sends the power to the ferrochrome production plant or the national grid.

After the steam leaves the exhaust section of the turbine, it enters a condenser where it is cooled to its liquid state. The process of condensing the steam creates a vacuum, which draws in more steam from the turbine. The water is returned to the boiler, reheated and used again, whereas the auxiliary condenser functions as a safety valve that reduces steam pressure to an operational level and then sends the condensed water back to the feed water tank. The last condenser is a gland steam condenser that maintains a constant vacuum for the steam seal exhaust header and condensates steam from the steam seals so that it can be reused within the plant cycle.

The dedusting system (bag filter house) is located outside the arc furnaces. Flue gas is introduced through the boiler and then the bag filter house for the newer furnaces in order to reduce the temperature of the gas from 600°C to 200°C. However, the flue gas is introduced through the bag filter house for the existing furnaces because the temperature is below 200°C. Therefore, both flue gas streams from the new and older furnaces go to the filter baghouse to optimize the dedusting process. Before entering the bag filter house, a spark arrestor isolates and separates coarse dust and burning particles in the flue gas. During the filtering process, the dust-laden gases flow from the outside into the filter bag; thus, dust is retained in the bag outside. Fans push the clean gas through the clean gas stack into the atmosphere, and the collected dust is transported by chain conveyors to a dust silo, from where it is discharged into a truck that disposes of the dust at a landfill site in compliance with environmental regulations.

The basic automation system consists primarily of two components: a PLC (Programmable Logic Controller) and an HMI (Human Machine Interface). The HMI, through the Supervisory Control and Data Acquisition (SCADA) system, enables the operators in the main control room to control and monitor the entire production process.

Safety, as well as optimized output, are two main control-system objectives. Data collected from the waste gas cleaning and energy recovery system during system cold and hot commissioning will be analyzed to determine if the system is performing in accordance with pre-established objectives.

In order to achieve long-standing, profitable and sustainable growth, priority is given to energy efficient, cost-effective and environmentally friendly projects. They have objectives to improve the environmental profile of their mining and ferrochrome operations. Focusing on efficiency and cost reduction in their operations will reduce energy and water consumption, which will eventually minimize waste and reduce greenhouse gas emissions that contribute to global climate change. As an example, they have already started the Gold Standard Certification process. Once fully functional, the energy recovery system will reduce approximately 25,000 mt of CO2 emissions per year. As a result, their ferrochrome operation’s carbon footprint will be significantly reduced. 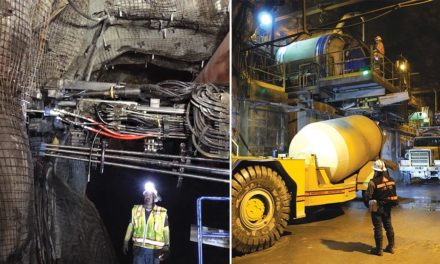 New Tools for Back Support 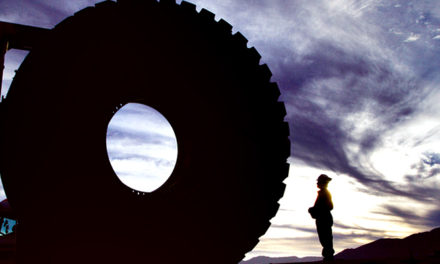 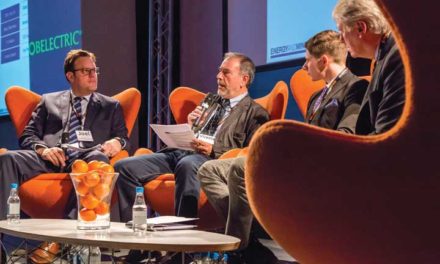