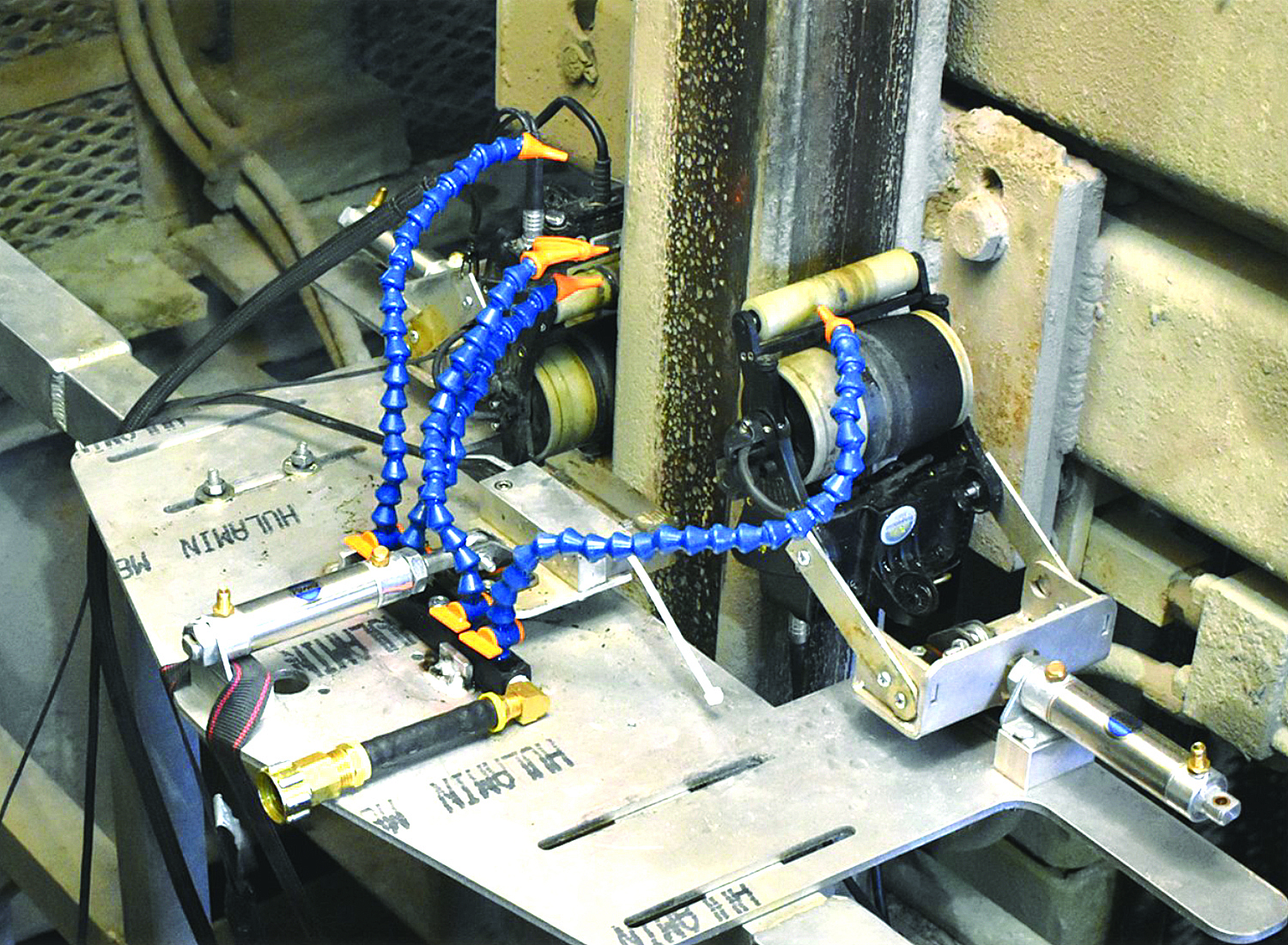 Working with Hecla Mining, Big Ridge Solutions successfully demonstrated its Column Scan-3 (CS-3) system to inspect the guiderails on the Lucky Friday mine’s 6,000-ft deep Main Silver Shaft. The customizable system relies on phased array ultrasonic testing (PAUT) and can scan at an average rate of 20 feet per minute. It provides the thickness data for three sides of the guiderail in a relatively short amount of time. At Lucky Friday, Big Ridge Solutions scanned 24,000 ft of guiderail in nine shifts.

PAUT is an advanced method of non-destructive testing that creates a wide array of ultrasonic beams that are phased to obtain precise thickness measurements of large areas in small timeframe.

“At Lucky Friday, we were taking phased-array thickness images of the steel on the three accessible sides of the guiderail to determine the soundness of the steel,” Murray said. “We took 256 individual thickness measurements every 16th of an inch for 24,000 linear feet.”

The process generated an incredible amount of data. “It was almost 300 GB,” Murray said. “It was a lot more data than we anticipated.”

The CS-3 system allows the inspectors to look for corrosion in the guiderails safely from inside the inspection basket. The downside is that the mine has to provide access to the shaft for hours at a time, but Big Ridge Solutions worked around this by accessing the shaft on weekends when activity at the mine was slow.

Mines routinely inspect shaft guiderails to ensure safe operation for miners and to protect a major investment from damage. Knowing Murray’s interest in non-destructive testing, Hecla inquired about ultrasonic inspection on their guides. They were looking for another way to conduct the inspections and Murray proposed the use of PAUT. “Instead of using one element, we would use an array and phase them in a sequence,” Murray said. “This would allow us to build an image from the data. So instead of one inspector taking three measurements at given points along the shaft, we would provide the thicknesses for the entire length along with supporting imagery. The mine would be able to reference the data any time.” Hecla decided to move forward with the proposed project. 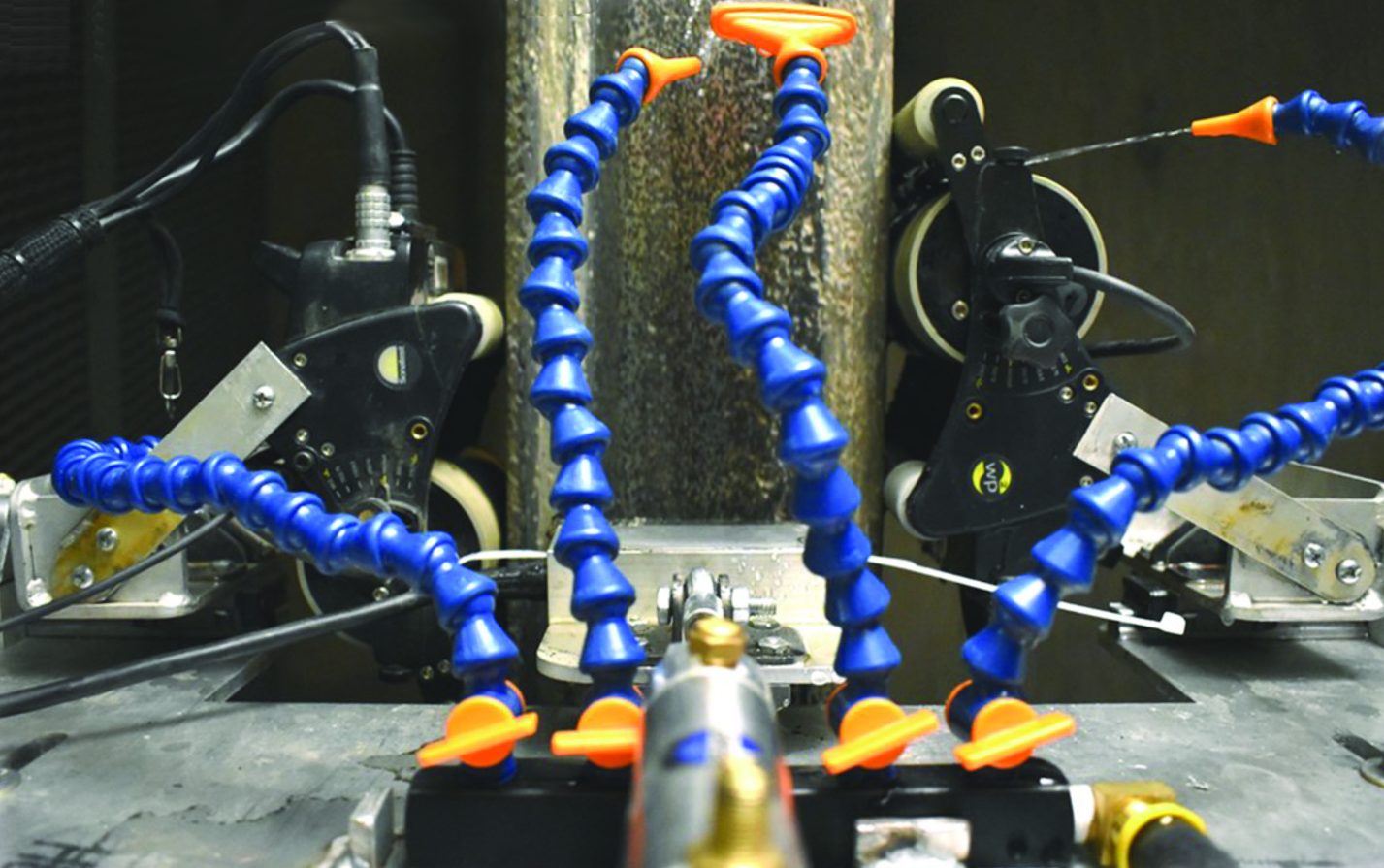 The two wheel probes sit opposite of each other, and an additional linear probe sits ﬂush on the face of the guiderail without a wheel (foreground).

When he originally proposed the project, Murray was working for Budinger & Associates, a consulting firm that specializes in inspection services. Murray has since formed Big Ride Solution and has applied for a patent on the CS-3 testing system. He also holds several NDT certifications. “You must be a Level 2 Ultrasonic Technician to do this type of work,” Murray said. “Because of the scope of what we were doing and the fact that this technology had not been applied in this area, we were writing the book as we proceeded with the project.”

The learning curve was fairly steep, Murray recalls, especially using two-phased array units. “Their capabilities are vast,” Murray explained. “They are mainly used for pipelines and specialized aerospace work. We adapted the technology to be used 6,000 ft underground, and that was a challenge on its own.”

The CS-3 unit consisted of two veo+ units and linear array sensors, all of which were provided by Sonatest. The entire arrangement bolted to the inspection basket in a way that allowed for the two-wheel probes to be opposite of each other, an additional linear probe that sat flush on the face without a wheel. As the column moved back and forth and in and out, they needed to maintain constant pressure.

“In addition to the constant pressure, we also needed to use water because ultrasound doesn’t travel through air,” Murray said. “To capture the best image, the equipment needs to form a good coupling on all three sides. After experimenting with springs and handheld devices, we finally settled on a pneumatic setup that we could set the poundage on either side, because you need about 17 pounds of pressure to get the right image. And, it worked.” 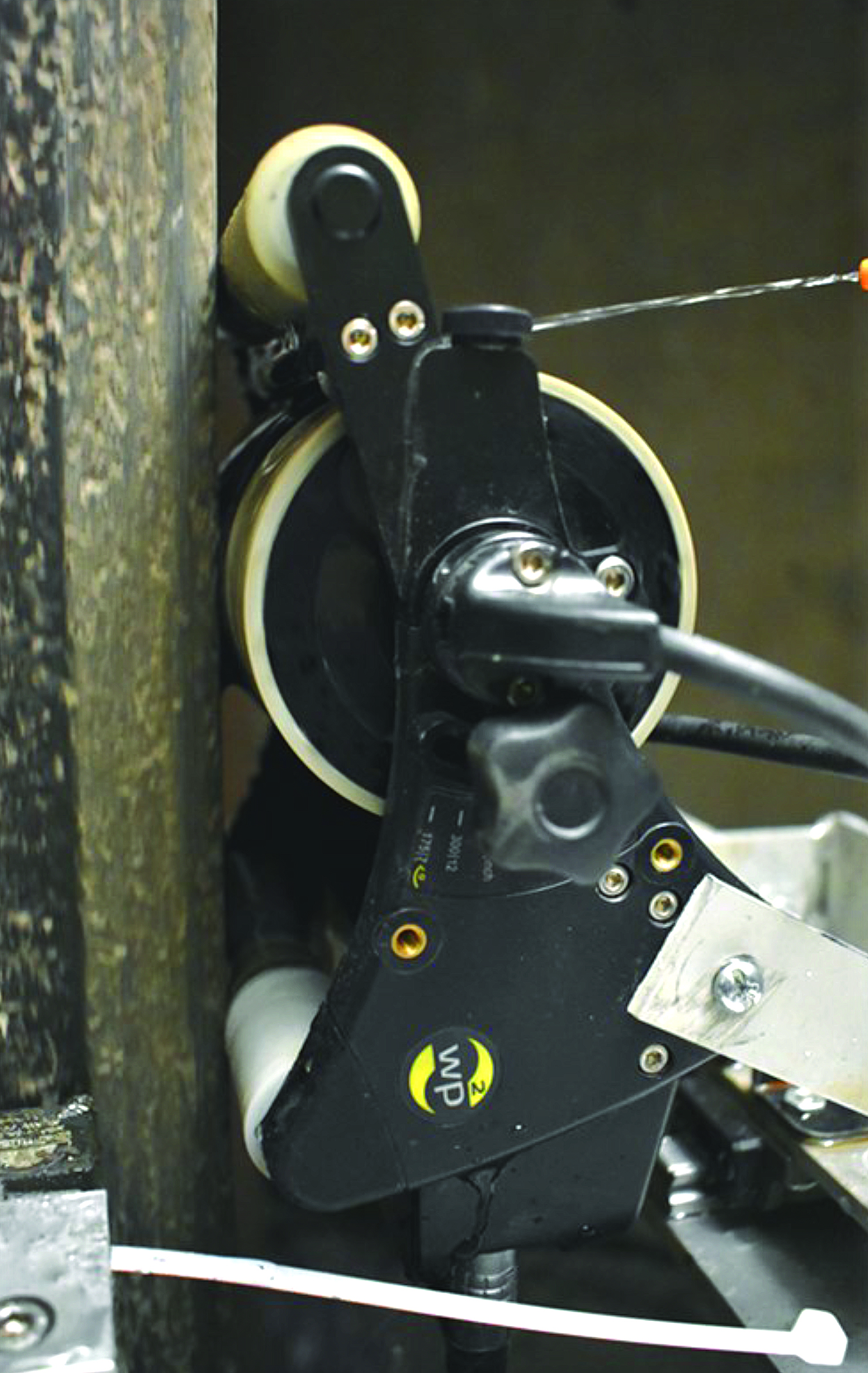 The ultrasound requires a thin layer of water to create a couple with the guiderail.

Once Murray and his team set the equipment up, the inspection process moved fairly quickly. “We just had to press go and the head units would start collecting data,” Murray said. “We would bell the hoist operator to lower us, and we would collect data for approximately 90 feet at a time. With each stop, we would save the data.”

The work it took to get this off the ground was a little more than we expected, Murray admitted. “At times, it seemed somewhat unachievable, but the design worked,” Murray said. “We were traveling 600-plus feet an hour on average and collecting data.”

With mining, the remoteness and the challenge of working underground always presents challenges. Murray and his team were only allowed access to the shaft on Sundays. They worked from February through April. “We had a few hiccups, where a wheel probe would lose an encoder, which was understandable as they were not designed for this type of work,” Murray said. “Sonatest partnered with us and provided the equipment we needed. They provided copious amounts of support during the inspection to ensure its success, even entering the mine to assist with integration. This project would not have been a success without the support of Sonatest and the Lucky Friday mine.”

The working conditions were beyond cold, Murray said. “It was way beyond what we had imagined, for sure,” Murray said. “It’s the main intake for the mine. We were standing in that shaft with a 20 or 30-mph wind all day. On top of that, we are using water and making adjustments with our hands, while watching the equipment. The ambient temperature was 17° plus the 20 to 30 mph wind chill.”

Out of the inspection Big Ridge Solutions was born. The project itself was a joint venture with Budinger. Murray, who performed the inspections under Budinger, he has now ventured out on his own and has applied for the patent on the CS-3 system. Using technology that was designed for the likes of Boeing, NASA and SpaceX, Hecla now has physical data for the Main Silver Shaft that will serve as a benchmark, which can be referenced at any time in the future.

German Equipment Suppliers Bet on Technology Though Times Are Tough 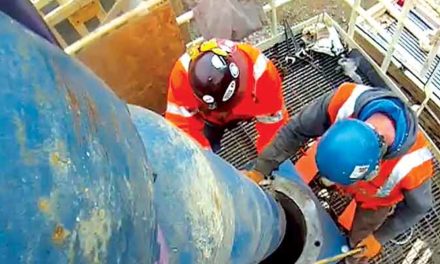 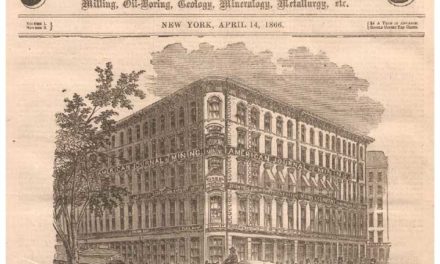