New Technology and Applications for Flotation through Systematic Product Development

Key elements for success are close partnerships with customers, and an effective product-development management system that minimizes cost and technological risks

More than a century ago, froth flotation became one of the key technologies for enabling the development of modern infrastructure and societies. For the first time, industrially important metalliferous ores such as those containing copper could be concentrated in an economical way and to concentration levels that would allow them to be processed on a large “mass production” scale to produce metals.

Tank Feed Air Jet installation at a base metal plant in South America.

Great strides have been made in the unit operations and processes for concentrating metals, and major improvements continue to be made. The main objective is to improve recovery of the mineral to some acceptable level of enrichment while reducing the amount of energy required. In other words, the primary goal is to minimize the amount of wasted ore and wasted energy during the enrichment process. As the world’s demand for these important minerals increases, miners have been forced to develop resources with more challenging ore characteristics and lower grades. The response of the flotation business is to meet this challenge by continuously developing new technology and products through a purposeful approach.

The Eriez Flotation Division (EFD), a division of Eriez Manufacturing, is focused on providing flotation and sparging technology, mainly to the mineral processing industry. EFD, with offices in six countries, serves the major markets of base metals and gold, industrial minerals, iron ore, potash, phosphate, coal and energy products. The EFD product line consists of column flotation cells and sparging systems, and other hydraulic separation systems. Eriez acquired much of its flotation technology through the acquisition of Canadian Process Technologies (CPT) in 2007. Prior to the acquisition, Eriez had independently developed HydroFloat technology for the flotation of coarse particles, which now is also part of the EFD product portfolio. Together, the combined technologies now cover a range of particle sizes from less than 10 micron to well over 3 mm. 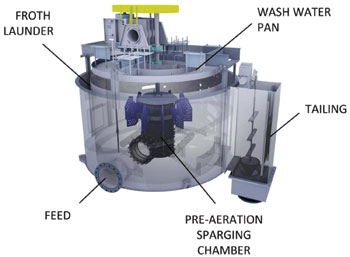 Figure 1—Eriez Flotation’s StackCell, originally developed as a modified column for cleaning coal, has proven to be efficient for reducing energy requirements and improving recovery in other mineral processing applications.

Another well-documented fact about new product development is that the conversion rate from new product idea to successful product launch is only about 10%–20%. Additionally, development costs increase proportionally as a new product idea moves through the development process. To effectively manage the cost and to maximize the success of developing new products, many companies have adopted a risk-management system that funds projects as they progressively overcome measurable and pre-defined  hurdles. Some of these hurdles would be: a demonstration of a clear advantage over the current technology (i.e., product differentiation), a compelling value proposition from the customer’s point of view, a market analysis, and a model that shows the potential for profitability. These types of risk management systems should be very familiar to people in the mining industry since a similar system of studies, sometimes called “front end loading,” is used to fund development projects from scoping through feasibility, and ultimately to implementation. At the completion of each study or stage, a decision is made whether to move forward with the project, kill the project, or change the scope and recycle the project.

The Eriez Flotation Division currently uses an approach to product and application development, based on some of the principles of the Stage-Gate® system, promoted by Dr. Robert Cooper in his book Winning at New Products: Creating Value through Innovation. Eriez has found this system quite useful for taking new product and new application ideas forward in a systematic way. It has also allowed them to distinguish between product ideas that are more advanced, and can be taken forward in partnership with selected lead customers, as opposed to early stage projects, where most of the work is done in collaboration with the company’s university partners. Several examples of new products and applications that have been developed by EFD will be described below.

The flotation process consists of several different sub-processes operating in series. These include ore slurry conditioning, followed by bubble generation, bubble collection through bubble-particle collision and attachment, and finally, bubble-particle flotation and froth separation. Rather than trying to achieve all of these sub-processes in a single unit operation, it has been suggested that an optimal approach would consist of splitting the duty into two coupled units, each ideally designed and suited for each sub-process. The first unit maximizes the collection process and the second unit maximizes the separation and froth recovery. EFD has developed two distinct technology platforms based on this two-stage flotation concept, the StackCell and the Tank Feed Air Jet. 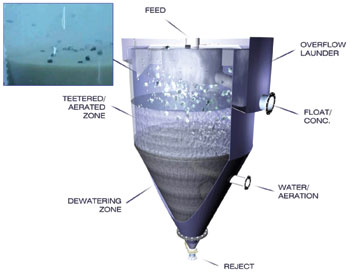 Figure 2—A cutaway of the HydroFloat, an aerated fluidized bed that can effectively float coarse particles.

The StackCell was originally developed as a modified column for cleaning coal for both the thermal and metallurgical applications. A cross-section is shown in Figure 1. High-energy particle-bubble collisions are promoted through a high-intensity shear mechanism located inside a dedicated “single-pass” pre-aeration mixing chamber inside or adjacent to the main vessel. The undiluted feed is targeted with high energy and bubbles because it has the highest concentration of floatable ore particles. After a short residence time in this collection zone, the collected ore particles are expelled into the primary tank. In this separation chamber, the flow is convective and laminar, which allows the particle-bubble aggregates to rise into the froth layer with less detachment of ore particles, and with more uniform flows, thus allowing efficient water washing of the froth to reject hydraulically entrained gangue. Since the StackCell can operate under near-atmospheric conditions, a high-efficiency, low-maintenance blower can be utilized for air addition. This approach has proven to be efficient for reducing the energy requirements and improving recovery, and is now being piloted in other applications using our product development system.

Another approach is the Tank Feed Air Jet, which is useful for fine particle flotation. This system works by pre-aerating the feed while it is still in the highly turbulent environment of the feed pipe. The combination of high ore concentration, fine bubbles and high energy lead to bubble-particle collisions and attachment. The aeration device is an EFD CavTube—a sparger, which uses a natural or mechanically generated pressure drop to create a bimodal distribution of nucleated fine bubbles and larger bubbles that are produced by shear. After the ore particles have been collected in the feed pipe, they are sent to a froth flotation tank, which is used to create the low shear conditions necessary to float and recover the collected ore as froth. The Tank Feed Air Jet has been successfully piloted in a base metal sulphide application. One of the added advantages for this application was that natural gravity could be used to create the necessary pressure drop for the CavTube so that the overall energy requirements were reduced.

For floating coarse particles, EFD has developed an aerated liquid fluidized bed, called the HydroFloat (See Figure 2), which has been successfully commercialized for recovering coarse particles in industrial minerals applications such as phosphate and potash, where particles in excess of 1 mm can be recovered. This is generally considered an impossible task for most conventional flotation units. The bed is fluidized with an upward flow of water or other fluidizing medium, which creates a plug-flow hindered-settling reactor that minimizes short circuiting, shear and turbulence that can lead to particle detachment. The counter-current settling regime in the denser fluidized bed creates more opportunities for bubble-particle attachment by increasing the collision frequency and minimizing turbulence. And because the HydroFloat operates with little or no froth layer, there is a higher recovery of coarse particles when compared with conventional approaches. It has been shown that a large source of particle-bubble disengagement or “froth drop-back” occurs at the froth-pulp interface due to buoyancy issues. 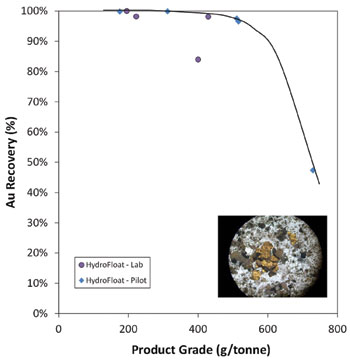 Figure 3—As shown in this graph, EFD’s HydroFloat was able to recover more than 95% of gold values contained in a feed stream from a conventional gravity separation circuit, at a concentration ratio of more than 100:1 and all in a single stage.

HydroFloat has numerous installations in industrial minerals applications, and EFD is currently targeting two additional applications. The first is base-metal sulphide applications.  Currently, the most expensive part of any mineral processing flowsheet in terms of capital and operating cost is the grinding circuit. This is because conventional flotation cannot efficiently recover ore particles beyond about 250 microns, and hence this limitation drives the requirement to produce a fine grind size from the primary mill. By using the HydroFloat, which can efficiently collect coarse particles, the grind size can be increased without sacrificing metal recovery. As a result, the mill throughput can be increased and the grinding costs per ton of ore can be decreased. This innovation is proving to be a very important part of the value proposition in regions with high power costs.

Another application is in the area of coarse gold recovery. EFD has completed test work (lab work followed by an on-site pilot campaign) to investigate the floatability of coarse alluvial gold from a dredging application in Central America. In this application, a single stage of the HydroFloat was installed to treat the low-density stream from a conventional gravity separation unit. The results are shown in Figure 3. Starting from a feed grade of 3–4 g gold per metric ton, the HydroFloat was able to recover more than 95% of the gold values at a concentration ratio of more than 100:1, all in a single stage.

These examples show how the Eriez Flotation Division continues to develop new technology to improve and innovate within the minerals processing field. The key ingredients are a global staff of flotation experts and customers who are willing to share their problems and partner in the demonstration and commercialization of new technology to solve those problems.

Dr. Wasmund is global managing director for the Eriez Flotation Division, based in Vancouver, Canada. Stage-Gate® is a registered trademark of the Product Development Institute. 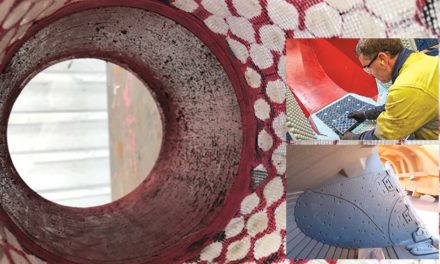 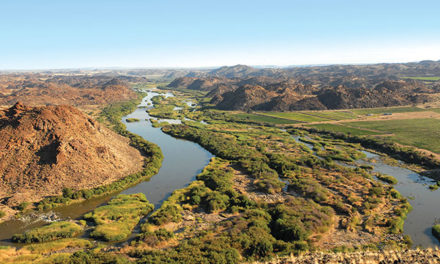 AIMEX Returns to Sydney in 2013