A number of provisions are either going or gone, but they should not be forgotten

Editor’s note: Not only is this an election year in the U.S., but a notable amount of deductions for mining companies could disappear from the U.S. tax code. This article was originally published in E&MJ’s sister publication, Coal Age.

A number of tax provisions either expired at the end of 2011 or are scheduled to expire at the end of this year. Among the largest in terms of estimated tax savings for at least smaller coal mining or processing operations, are the “bonus” depreciation deductions and the Section 179, first year expensing write-off for newly acquired equipment and other business property.

Although Congress may retroactively reinstate some or all of these provisions, an agreement before the November elections seems unlikely for some of the most taxpayer-favorable business tax incentives that expired at the end of 2011, or others that are slated to expire after 2012.

Bye-bye Write Offs
Bonus depreciation was originally created in 2002 as a temporary economic incentive by which companies could immediately deduct 30% of the basis of qualifying assets that were placed in service after September 10, 2001, and before January 1, 2005. An increase in the percentage of the deduction in 2003 to 50% expired in 2005. Reintroduced by lawmakers in 2008, bonus depreciation has subsequently been extended three times.

Although the concept of taking the additional depreciation in the first year is quite simple, changes to the applicable percentage, timeframes during which each is available and variations related to unique types of assets which qualify have made application of the rules somewhat complex.

The definition of property eligible for bonus depreciation under the 2010 Tax Relief Act is the same as under prior law, but the percentage and placed-in-service dates have changed. The percentage increased from 50% to 100% for qualifying property placed in service after September 8, 2010, and before January 1, 2012. Bonus depreciation reverts to the 50% level for the current 2012 tax year and, failing action by lawmakers, will disappear completely after January 1, 2013.

Those coal mining or processing businesses investing in qualifying assets will be able to deduct 50% of the cost of new equipment and business property during the current tax year. This will reduce taxable income and taxes paid, resulting in an increase in cash flow that can be reinvested in the business—but only until December 31, 2012.

Expensing Write-offs
Unlike bonus depreciation that applies only to “new” property, a coal business may immediately deduct as a Section 179 expense as much as $125,000 in costs. Of course, the Section 179 expensing write-off is reduced, dollar-for-dollar, by any property acquisitions in excess of the $500,000 investment ceiling, limiting the write-off to smaller coal mining or processing businesses.

Indian Coal Tax Credits
Also slated to expire is a unique tax credit for coal produced on Indian lands. A $2-per-ton tax credit (adjusted for inflation from 2005; and now at $2.267 per ton for 2012) is available through 2012. The tax credit can still be claimed for coal produced at facilities placed in service before 2009 that produce coal from reserves that on June 14, 2005, were owned by (or held in trust on behalf of) an Indian tribe. First enacted as part of the Energy Policy Act of 2005, the tax credit is available only through December 31, 2012.

Rescuing the Mine Rescue Team Training Tax Credit
Another tax credit, the Mine Rescue Training tax credit, a direct reduction of an operation’s tax bill rather than a reduction in the income upon which the tax is computed, shows up on many congressional “to-do” lists. The Mine Rescue Training tax credit was available for each qualified mine rescue team employee, employed by a mining operation. The credit was the lesser of: 1) 20% of the amount paid or incurred by the mining operation during the taxable year for training program costs of each qualified mine rescue team employee (including the wages of the employee while attending the program); or 2) $10,000.

Mining Safety Equipment Write-offs
The tax provision that allowed mining operations to choose to treat 50% of the cost of any qualified advanced mine safety equipment property as an expense in the taxable year in which it was placed in service is also being talked about for renewal. First enacted under the Tax Relief and Health Care Act of 2006, the provision was most recently extended by the Tax Relief, Unemployment Insurance Reauthorization, and Job Creation Act of 2010—but only for property placed in service before January 1, 2012.

Enacted as part of the Tax Relief Act of 1997, the provision was later amended to expand the definition of qualified contaminated sites to include any site containing (or potentially containing) a hazardous substance that is certified by the appropriate State environmental agency in 2000. The provision was most recently extended by the Tax Relief, Unemployment Insurance Reauthorization, and Job Creation Act of 2010, for expenditures paid or incurred on or before December 31, 2011.

Goodbye Worker Incentives
Incentives to hire workers have come and gone over the years. Two such incentives, may or may not have their lives extended. To help stimulate the economy and increase workers’ take-home pay the 2010 Tax Relief Act slashed two payroll taxes. The Federal Insurance Contributions Act (FICA) imposes two taxes on employers, employees, and self-employed workers-one for Old Age, Survivors and Disability Insurance (OASDI; commonly known as the Social Security tax), and the other for Hospital Insurance (HI; commonly known as the Medicare tax).

Absent Congressional action, the OASDI rates will revert to normal levels generating an estimated $225.7 billion for the government over the next 10 years.

The Worker Hiring Incentive, another worker incentive that has enjoyed an on-again, off-again life is the Work Opportunity Tax Credit, available to employers who hire members of certain targeted groups.

Generally, the tax credit was 40% of qualifying first-year wages up to $6,000 per employee. This credit expired at the end of 2011. An amended version of the credit remains available in 2012, but only for employers that hire qualified veterans.

Getting Personal
On a more personal note, the owners and shareholders in every incorporated coal mining or processing business are all-too-well aware of the threat of double taxation on the profits from their business. Should those profits be distributed in the form of dividends to take advantage of the fast-disappearing low tax rates? Or, should the owner or shareholder take those profits in the form of wages, bonuses, and the like incurring a tax bill for income taxes as well as employment taxes?

The double taxation of dividends—with corporate earnings first taxed 35% at the corporate level and then, when paid out to shareholders, taxed again—has been a long-standing and well-recognized distortion in the tax law. It favors debt financing over equity capital formation, because interest is deducted as a cost of doing business and lowers taxable income, while dividends are taxed twice.

Although Congress did not eliminate the double taxation of dividends as promised under the 2003 Bush-era tax cuts, as promised, dividends are now taxed at 15%. Most importantly, the 15% tax rate was also applied to capital gains. As for capital gains, the current long-term rate of 15% is due to expire at the end of 2012 and increase to 20% for 2013. The current long-term rate of zero for those in the bottom two tax brackets is to expire and increase to 10% for 2013.

With the expiration of the Bush-era, 2003 tax law at the end of this year, taxes—not only on capital earnings but also on ordinary income—will return to the much higher levels than previously existed.

When it comes to “installment” sales, where sale proceeds are spread over several years, lower taxes will result if gain is not deferred over the installment period but, rather taken entirely in 2012. Another successful and legitimate strategy is to hold off on taking capital losses until after 2012, when they could be more valuable to offset capital gains at the higher capital gain rates.

Taxmaggedon is Coming
These reduced, expired and expiring tax provisions have no doubt caused concern in the business world. What is more, 2012 will, in all likelihood, continue to be a year of considerable uncertainty, making tax planning difficult. With the economy on a slow mend and the Federal Reserve holding interest rates low, both lawmakers and the administration appear less likely to agree to an extension of tax cuts.

Some coal mining and processing operators, managers and executives have already decided that the uncertainty is too much to take any specific action yet this year. Many have decided to at least wait until after the November elections to think about what 2013 may bring. Everyone should be armed with the facts and options available to intelligently weigh those decisions. To do that effectively requires at least some advance consideration.

Located in Ardmore, Pennsylvania, USA, Battersby regularly reports on the news and developments within the ever-changing tax and financial arenas that impact different indistrial sectors. He can be reached at MEBatt12@earthlink.net. 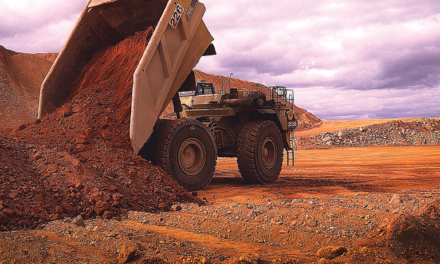 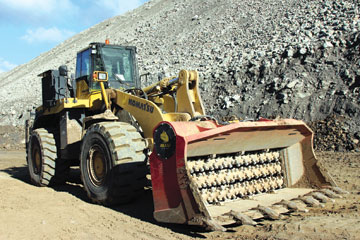