Mining Sector CSR in the Age of Social Media

The irony was as thick as the cloud formations that shroud one of the world’s largest, and most troubled, copper and gold mines, run by a majority-owned subsidiary of Freeport McMoRan Copper & Gold Inc., miles high in the mountains of Indonesia’s remote West Papua province, and visible from outer space.

Last year, some 12,000 miles away, more than two dozen demonstrators converged on the Phoenix headquarters of Freeport, which also operates in Peru, Chile and the Democratic Republic of Congo (DRC), accusing it of human rights violations. “No blood for copper!” they chanted, “No blood for gold!” They touted signs in English and Spanish. Some wore masks of Guy Fawkes in the spirit of Anonymous; one woman wielded a megaphone.

Before uploading it onto YouTube, someone chronicled it all with a handheld, high-resolution video camera or smartphone application. At no time in history could images, videos and content of protests, environmental degradation, violence or other abuses—however real or fictional—be transmitted with such speed and mobility to so many different audiences worldwide—regardless of CSR.

Despite the mining industry’s prowess with technological innovation, it is also steeped in tradition, and so the social aspects of this fast, constantly evolving digital revolution remain uncomfortable ones, according to Giles Crouch, president of Media Badger, a Canadian research and consulting firm. “The social activist groups are becoming more sophisticated,” he said. “And we’re talking about a traditional industry that operates in a very traditional way.”

In many cases, meanwhile, activist nongovernmental organization (NGOs) only draw attention to miners after there is a problem, bypassing the good news—which is often a lot, including CSR programs—distorting the broader narrative. “They’re tending not to pay attention until after something has become a problem,” said Crouch. “Truth doesn’t always matter; it’s about perceptions.”

There’s little denying the need to hold mining companies accountable for serious environmental or human rights violations through multimedia, say observers. “I think it’s giving a voice back to the people,” said John Aston, owner of Aston Eco Management, a project consulting firm active in central Europe. “It’s a catch-22 because some are activists from outside the area—but it’s to give people a voice.”

By nature some mining institutions are suspicious of emerging trends like social media—while others just don’t take it seriously. “A lot of companies see it as being used by a bunch of kids—their wives or their own children,” said Crouch.

Yet company representatives are fast facing foreign officials armed with unexpected information through social media—sometimes from hostile groups—which they may not be prepared to fairly confront or properly contextualize. “So they’re blindsided,” said Crouch.

The best solution for mining companies is adherence to global and national standards and institution of CSR best practices, according to Michael Torrance, an associate at Norton Rose Fulbright, an international law firm, who blogs on sustainability at www.lexsustineo.com. “The best strategy is implementing these standards—and being able to show it through transparency,” he said, “and you do it through publicity.”

This includes cooperation with NGOs like Revenue Watch and Global Witness and the Extractive Industries Transparency Initiative (EITI), an international standard promoting revenue transparency and accountability in extractives companies.

Protestors in Arizona, however, were probably unaware that one of Freeport’s advisory directors is Gabrielle K. McDonald, a civil rights attorney who served as a judge of the International Criminal Tribunal for the former Yugoslavia in the Hague for six years, and was its president from 1997 to 1999. Freeport is also Indonesia’s biggest taxpayer at $1 billion a year, and has numerous initiatives in environment biodiversity, education, health, and other community programs in West Papua and at its other mines around the world.

But mining companies are catching up with the social media equation—and Freeport is one of them. In his blog miningman.com, Jamie Ross noted the use of social media by Rio Tinto and Freeport McMoRan to relate news about recent accidents. The initiatives, the Australian engineer noted, are “quite a departure from approaches previously taken in similar circumstances to severely limit access to information and, in so doing, allow third parties or rumor to control ‘the truth.'”

Just as the local and national media began to cover April’s pit-wall landslide at Rio’s Kennecott Utah Copper mine in Bingham Canyon, for instance, high-resolution images were immediately available on the company’s Flickr album, Ross noted. Rio officials also took pictures from helicopters and at the pit’s edge.

The next month witnessed a fatal underground tunnel collapse at Freeport’s Grasberg mine in West Papua. Soon after, added Ross, company officials began posting a series of photos detailing dramatic rescue efforts on their Facebook page.

These and other cyberspace initiatives have improved media perceptions of the incidents and the companies. “Overall, they have been much more positive to the image of the mining companies involved, and the mining industry in general,” he said. “They have spoken considerably about the efforts under way to recover the situation and show the true concern those companies have for those situations.”

All this belies one very important point—one perhaps no better illustrated than the use of social media itself. “A picture really does tell a thousand words, and to a media and public that don’t know much about what the inside of a mine looks like,” Ross said, “these pictures tell them we are doing our best, and that we do think these events are truly catastrophic.” 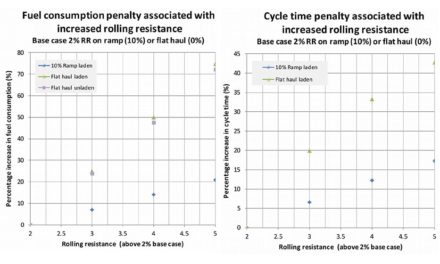 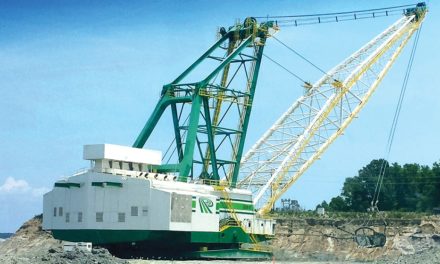 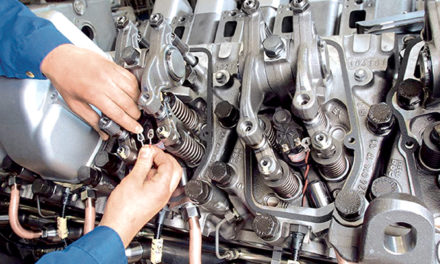