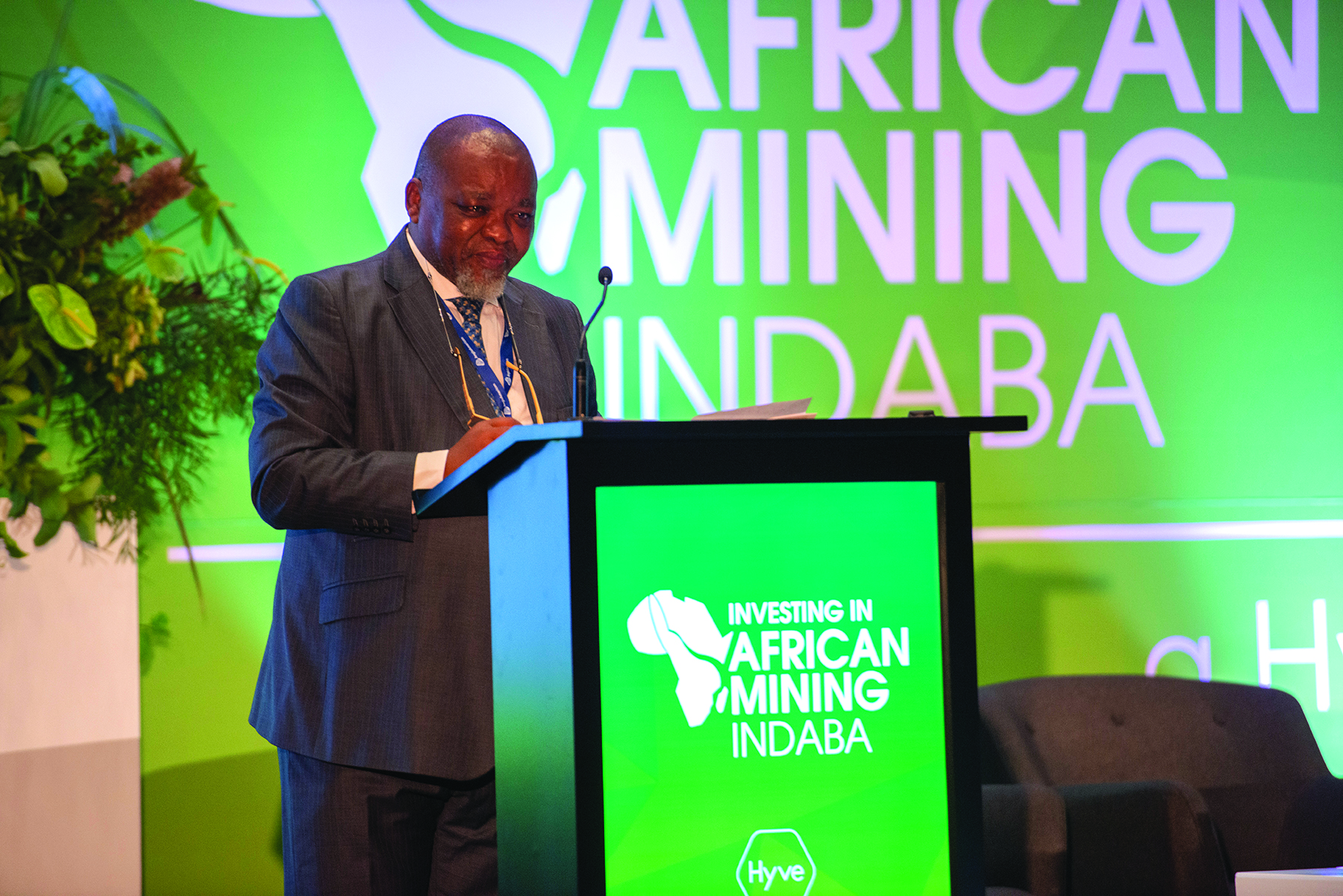 CAPETOWN, South Africa — This year began with excellent news for South Africa’s struggling industry: mines would now be allowed to generate their own electricity, and no longer be subject to hours of power cuts each day. “This is a really big deal, that’s been part of Indaba discussions,” CEO of Minerals Council Roger Baxter said. “Clearly, we can’t grow mining without electricity, so this is a practical step forward.”

Communication with the government and minerals ministry had once again been restored, after having completely broken down two years ago. “Robust engagement” and discussion around issues such as power were now taking place on a regular basis. “Business is not being shy about what the issues are, but we’re not just complaining, we’re coming forward with solutions,” Baxter said.

However, mining continued to shrink by as much as 3% over 2019, figures produced by the Minerals Council showed. South Africa only draws around 1% of global exploration and much had to be done to reawaken interest in the mining sector. “We should draw 3% to 5% of global exploration spend — a lot of this is due to issues such as electricity,” Baxter said. He added that initiatives such as allowing mines to access electricity outside the state-owned utility Eskom, would likely encourage further exploration interest.

Mining Minister Gwede Mantashe took up the theme in his keynote address, when he acknowledged the decline of the industry. “This reality forced us to take serious measures, and allow mining companies to generate electricity themselves,” he said. Mines will not need a license or permits from the state to set up their own power plants, as has been the case up until now.

Nor will they be forced to buy from Eskom as their sole supplier as the law has previously required. Eskom has raised prices more than 300% over the past five years, but if the mines can provide their own electricity at a cheaper rate, they should do so, Mantashe said. “If the price of electricity keeps going up, mines will close.”

Turning to safety, Mantashe commended the industry for advances over the years. Fatalities fell from 81 in 2018 to 51 last year. He recalled that in some years the toll of dead was far, far higher. In 1960 for instance, the Coalbrook mine collapsed, killing 437 men in what has remained the largest disaster in South Africa’s mining history. It was, therefore, a good indication of advances made that each year saw a reduction in fatalities, said Mantashe. “This year is our record low, and evidence that a fatality-free mining industry is possible,” he added.

Mark Cutifani, CEO of Anglo American, used his time on the podium to remind the industry that it still struggled with an image problem. “Despite its many contributions to the world, mining continues to draw negative criticism,” Cutifani added. The reality was, however, that the world population was headed to 9.5 billion people, all who want consumer goods. Only mining could deliver the required raw materials to scale. Cutifani warned that extraction and processing of minerals would come at a cost.

The industry could work to alleviate some of the environmental harm it did, however, through technology and new methods of extraction. Anglo for instance was moving toward replacing diesel at its operations with hydrogen. He said the company would soon launch the world’s largest hydrogen fuel cell truck at its Mogalakwena platinum group metals mine. “We believe mining can be a carbon neutral activity,” he said.

Beyond South Africa, the Indaba gave plenty of attention to other regions on the continent. West Africa in particular, where burgeoning gold exploration and project development is thriving, to some extent eclipsed the host nation.

Gold remains the main attraction in West Africa, said Mark Bristow, CEO of Barrick Gold. “Gold is the leader because it doesn’t need the same level of bulk infrastructure as other mining. West Africa needs to invest in infrastructure such as rail and ports if the region wants to exploit other resources such as iron ore.”

The wave of exploration and successful finds up until now were overshadowing southern Africa, the traditional destination of miners. “Ten years ago, I would never have put West Africa as a favorite,” said David Awram, director of Sandstorm Gold, a financial investment firm that funds mining companies in exchange for royalties. “The region has, however, had a hard run. The risk factor has now gone up.” Just five years ago, for instance, Burkina Faso was the hot play for gold explorers. Today it is wracked by factional infighting and plagued by militant groups, while suffering one of the fastest growing displacement crises in the world. Consequently, exploration has come to a halt and only the bravest would consider investing in the country.

Yet, the region as a whole continued to draw investor interest precisely because of the risk, said John Welborn, CEO of Resolute Mining. The company is building what it said will be the world’s first fully automated mine at Syama in southern Mali. “People looking to invest in juniors are looking for alpha,” Welborn said, referring to a class of investor who gets in early and has a high-risk, high reward approach. “West Africa has this, and now we need more juniors to make discoveries, then put themselves up for sale.” 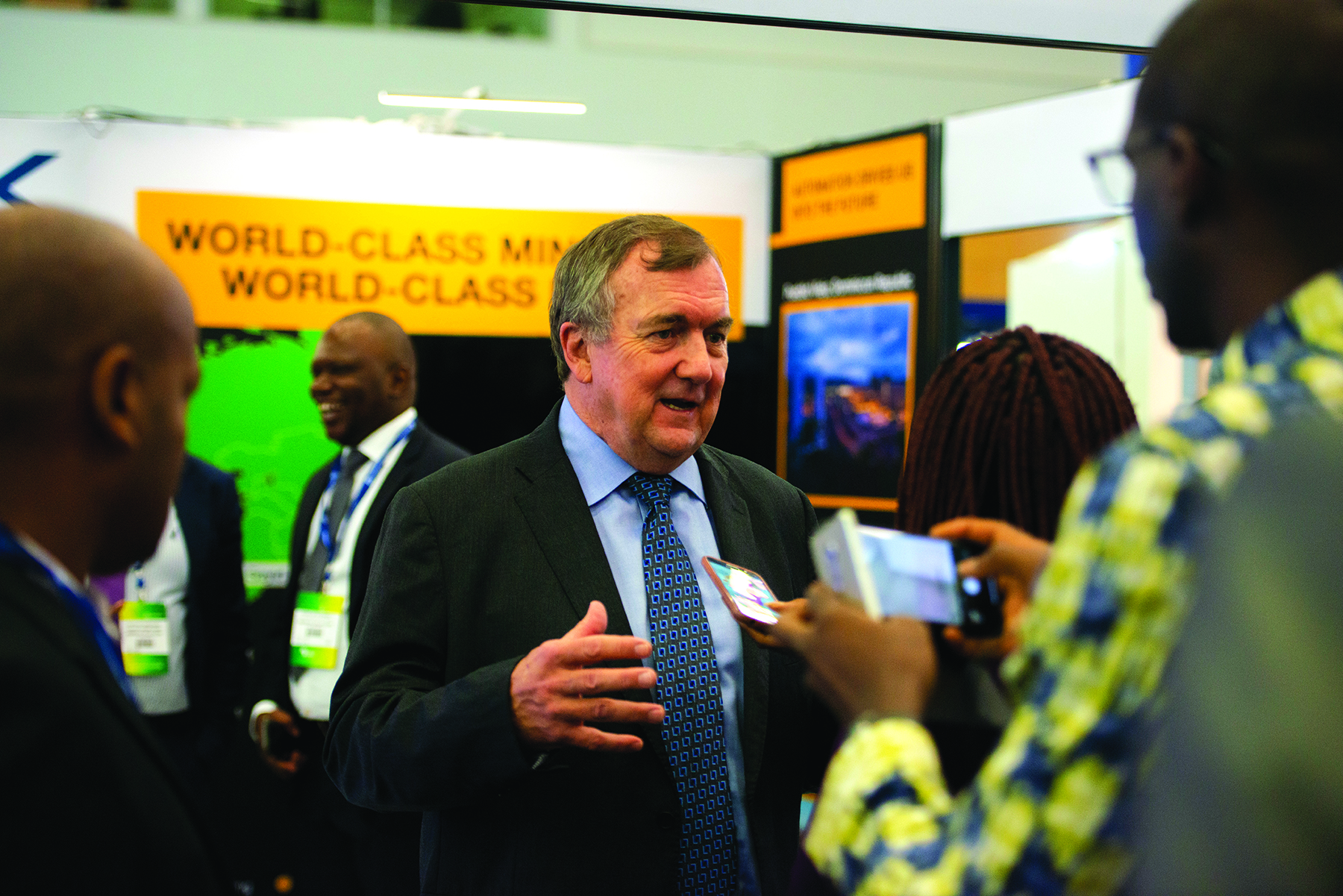 Cathleen Cox, head of exploration in Africa and Europe for Newmont Africa, concurred. “Yes, it is risky, but there’s also a good payoff,” Cox said. “That’s why we are there.”

One of the challenges though is that West Africa already has a long history of energy production. “It is difficult for governments to understand that hard rock mining is not the same as oil and gas,” Welborn said. “Oil and gas are capital intensive, but once you have your discovery and wells in place, it’s all profit. Mining requires an entirely different and ongoing capital structure.”

How mining is done is not merely about governments and technology. Increasingly, the public is becoming aware of resource extraction in vulnerable locations such as the Democratic Republic of Congo (DRC). 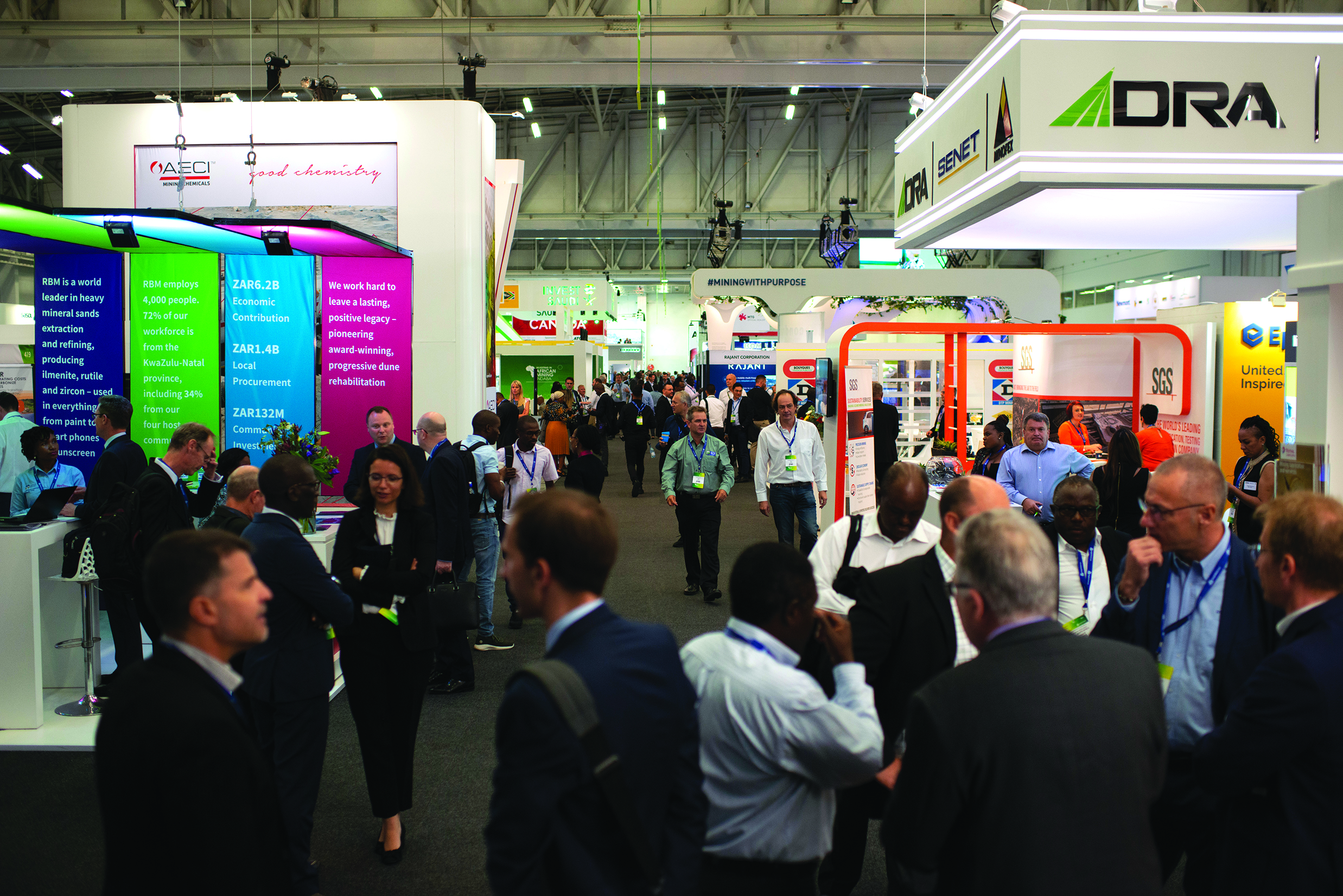 The mood was upbeat and business was brisk on the floor of the 2020 Mining Indaba exhibit area.

“There’s a lot of emphasis on how minerals are sourced in the country,” said Kirsten Lori Hund, senior mining specialist at the World Bank. Concerns over child labor and unsafe work practices make headlines regularly. Even though formal mining firms are usually not involved in human rights violations, the public struggles to differentiate between artisanal operations and industrial extraction.

This meant broad consumer concerns were pushing for action on these fronts, even if humanitarian concerns were at times misguided. “At least 300,000 people in Katanga province depend on artisanal mining; just kicking them out isn’t a solution,” Hund said.

Ultimately though, mining companies had no choice but to operate in contentious locales. “The geology is there — that’s why we go,” said Cyrille Mutombo, DRC country manager for Barrick Gold.

Artisanal mining is especially challenging for the companies operating there, especially as the diggers target the same ore body as the formal operations. Laws existed to keep the public out of the mine sites, but implementation was erratic. It was often left to the mines themselves to provide security to keep out pirate operators. 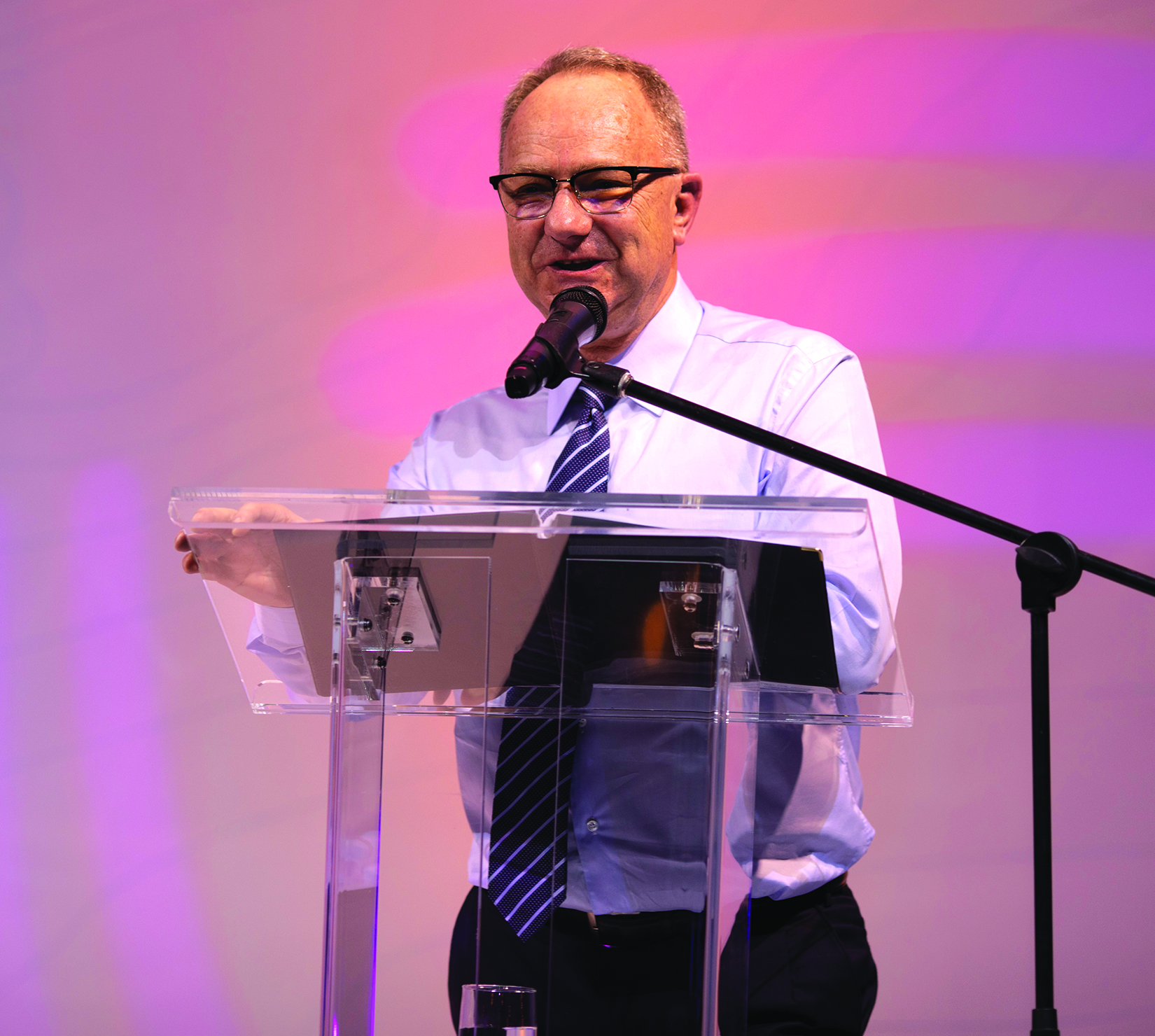 Louis Watum, who heads up Ivanhoe’s DRC projects, said companies should accept the limits of what social changes they can bring. “Mining is never going to be the engine for change in the Congo,” Watum said. “Only government fill this role.”

Mines should stick to what they do best and pay their taxes. Governments in turn direct financial resources toward social development.

“Otherwise, what is left for the youth to do, but join militias or become artisanal miners?” Watum asked. “Without a formal economy, there’s no jobs.”

It was clear, however, that mines would find themselves increasingly squeezed by governments that wanted to increase returns from the country’s natural resources. Which is why the first wave of mining codes in the post-colonial era are now being rewritten, said Willem Jacobs, COO for Africa and Middle East of Barrick Gold. “Mining codes that were written decades ago were intended to draw investment,” Jacobs said. “Now, countries are looking at them and asking if they get the best deal out of it.”

Mining companies operating across Africa will therefore have to adapt to a changing environment where social license becomes a dominant theme. As was spelled out over the weeklong Indaba, governments are under pressure to deliver more to their citizens, and for many countries, mining is the cash cow there for the taking. The coming decade will require astute leadership to navigate this issue. 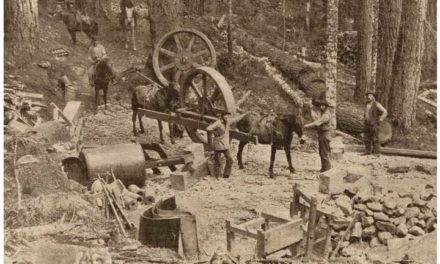 E&MJ Satisfies a Thirst for Knowledge