Like so many other materials used in mining applications, the geosynthetic products used for lining heap leach pads, tailings storage empoundments and settling ponds often have to survive physical or chemical damage from all sides. Just as a plant process vessel can come under attack from abrasive contents on the inside as well as corrosive mist or fumes on the outside, ‘geo’ materials frequently must cope with sharp rock edges in the overlying material or under the liner, physical slippage due to slopes or ground movement—and age, to mention just a few threats. Liners are often expected to stand up not just to the rigors of mining, but possibly to many years of post-mining exposure as well. In many cases, a mine might only be active for 10 or 20 years, but its covered and lined pads and dumps may have life spans measured in centuries.

The selection of a proper liner or cover is complicated by the fact that each mine site is, in some way, unique. There are few cookie-cutter solutions available to the industry for almost any phase of mining and processing, and liner selection must take into account variables that range from local terrain characteristics, to the chemical makeup of contained leach or waste solutions, to the level of oxidation resulting from exposure to sunlight or heat. The good news is that there is a wide and growing selection of geomembrane, geosynthetic, geocomposite, nonwoven geotextile and related products available from which to choose, and suppliers continue to advance materials technology and installation choices to provide higher levels of performance. For example, long-term tests conducted on HDPE (high-density polyethylene) geomembranes, the most widely used liner material, exposed to various climatic conditions indicated that the material’s anti-oxidative ingredients were still active after three decades. New linear low-density polyethylene (LLDPE) geomembranes also offer better protection against stretching caused by weight loads or ground movement.

That’s welcome information to mine operators concerned about the loss of potential revenue from seepage of metals-rich solutions through punctured liners, particularly during metal-price boom times. Studies of seepage in heap leach pads estimate that leakage levels for these types of applications can reach as high as 10,000 liters/hectare/day. Add to that the growing emphasis on runoff control and acid mine drainage, plus increased regulatory and public attention to mine-closure plans and responsibilities, and the expanding importance of liner integrity comes into clearer focus.

Improving Liner Performance
E&MJ recently spoke with executives and engineers at GSE Lining Technology, which has supplied liner products since the early 1970s—about the same time that geosynthetic liners caught the attention of the mining industry. GSE manufactures geomembranes, geosynthetic clay liners and drainage products to serve the global mining market. According to Ed Zimmel, GSE’s vice president of engineering, the mining industry has high stakes riding on geomembrane performance.

Zimmel noted that the suppliers of resins used to manufacture geomembranes have continued to make significant improvements in their product—advancing catalyst technology and refining their process conditions, for example—that, in turn, allow geomembrane suppliers to offer better-performing products. In addition, the chemical additives that are included in geomembrane production recipes have improved, adding increased thermal stability and resistance to damage from UV radiation.

Mark Harris, GSE’s global mining market manager, added that although these improvements seem somewhat basic, they’re of high importance to mine owners that have to plan for decades of post-mining care and maintenance and final closure of facilities. Liner longevity and integrity are key elements in avoiding environmental incidents both during and after mining activities.

“We pursue product development very aggressively,” said Zimmel. “We try to get out in front of the engineers and mine owners by first asking them what they need in terms of product performance, and then developing liner products that meet those demands. We want to identify any product characteristics that may cause engineers to have to modify their site designs, and eliminate those constraints.”
GSE recently introduced a line of High Performance LLDPE and HDPE geomembranes that are designed to provide noticeably better resistance to most of the challenges faced by mine geomembrane installations: i.e, higher resistance to stress cracking, increased anti-oxidation protection that can result in longer field life, and enhanced capability to cope with differential settlement stresses that can sometimes cause liners to stretch multi-axially by as much as 20%. This is a particularly useful characteristic for leach facilities located in seismically active areas.

The new geomembrane line, according to the company, is manufactured with two anti-oxidant chemical packages rather than a single all-purpose package common in most geomembrane ingredient lists; one package is aimed at preventing oxidation during the manufacturing process, the other at protection in the field. Another additive package protects against brittleness caused by aging.
In addition to the new High Performance geomembrane, GSE is introducing a synthetic drainage system that replaces the aggregate commonly used as a drainage layer on a typical leach pad. This system can result in better performance and lower costs for the project owner by eliminating the need to find, crush, or truck-in aggregates, as is the case at many pad facilities. The synthetic drainage system provides enhanced puncture protection for the liner system. Another new product in the GSE pipeline is a leak-location liner that can be tested for pinholes not only after installation, but after placement of the drainage system as well, consequently offering the prospect of preventing significant solution and mineral loss.

A Textured Approach
Liner installations can employ either smooth or textured geomembranes, depending on whether the site requires a higher frictional interface between the liner and the underlying surface or not. Agru America Western Regional Manager Clark West described one of the popular processes used to produce textured geomembranes in a presentation given at the 2011 annual meeting of SME. An embossed or structured texturing is created by extruding molten polyethylene between two precisely engineered rollers. A pattern on one or both rollers creates a corresponding pattern of spikes on the extruded sheet, he explained. There are several  benefits offered by this approach, West noted: the base thickness of the material is not affected by the process, and the sheet surface remains smooth with the exception of the spikes. Tensile and strain properties are not degraded in the manufacturing, and the material is completely homogeneous.

Agru America supplies these textured geomembranes in several configurations, including Microspike, which offers a high frictional interface; and Grip Liner, with smaller spikes for lower friction. The company’s Super Gripnet contains drain studs on the upper surface and spikes on the bottom surface—a useful configuration when the sheeting is applied on slopes, while its Micro Drain liner has studs on the top surface only, for use when applied over fabric or geosynthetic clay.

Because of past liner failures and experiences with poor post-mining performance, new options are being sought by engineering customers tasked with designing stable and environmentally sound solutions for waste rock dumps and leach pads, West explained, and an exposed geosynthetic cover system developed by Agru America may provide an answer. The system incorporates a textured geomembrane in combination with synthetic turf and a highly transmissive drainage layer above the membrane. The drainage component, locking infill ballast and internal friction angles allow for installation of the cover on steep slopes that normally would require significant angle reduction. The system is claimed to provide rapid installation and superior environmental characteristics, resisting damage from hurricane force winds and intense rain events. Other advantages, according to West, are that it eliminates the need for borrow, reduces earthwork costs, fuel consumption and ongoing maintenance required by a vegetative closure, (e.g., re-seeding, soil replacement, fertilizing and irrigation).

Composites to Control Leakage
Even the most well-designed geomembrane mine installation is likely to have some leaks due to imperfect seams or damage incurred during installation and loading phases, explained CETCO’s Chris Athanassopoulos in another presentation at the 2011 SME meeting. To control leakage through defects, a low-permeability layer can be used beneath the geomembrane to form a “composite” liner system. The low-permeability liner beneath a geomembrane is typically either compacted soil (clay or silt) or a geosynthetic clay liner (GCL). GCLs are factory-manufactured products that employ sodium bentonite and have a laboratory-certified hydraulic conductivity of 5 x 10-9 cm/sec.
Although many factors can affect the rate of leakage through composite systems, including the number of holes in the overlying geomembrane, the hydraulic conductivity of the underlying soil layer and the quality of contact between the geomembrane and the low-permeability layer, liner-leakage measurements collected by the U.S. EPA at almost 300 landfill cells, spanning 91 sites showed that GCL-based composite liner systems allow less leakage than clay-based composite liner systems, he noted.

CETCO’s Bentomat GCL products offer the company’s Supergroove technology, consisting of a groove in the nonwoven fabric that allows the contained bentonite to migrate out and self-seam at the overlap. This feature, according to CETCO, eases the installation process by eliminating the need for supplemental bentonite.

Athanassopoulos said comparisons between installed costs of GCLs and compacted soil liners are problematic due to the highly variable, site-specific issues posed by each installation. However, his experience, including a recent mine project in Nevada, has shown the installed cost of a GCL is roughly equivalent to or lower than the installed cost of a compacted soil liner when the soil is transported from an off-site location, or when soil amendments such as bentonite are required. GCLs often can be deployed faster than compacted low-permeability soil liners can be constructed, and offer a better working surface for deploying and welding the overlying geomembrane. Additionally, GCLs are factory-controlled materials, with consistent bentonite distribution and hydraulic performance. These advantages, said Athanas-
sopoulos, suggest that GCLs may facilitate a shorter construction schedule and an earlier start to leaching operations. 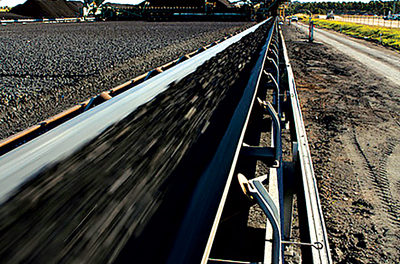 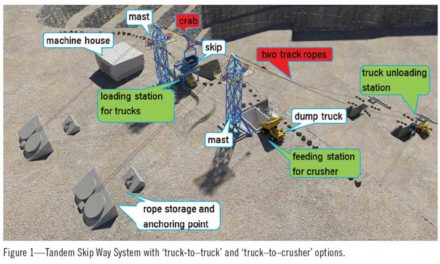