TWP was awarded the design of the headgear, shaft steelwork and underground and shaft rock handling systems for the new 1490-m-deep No. 4 Shaft in June 2006, which forms part of KCM’s Konkola Deep Mining Project (KDMP). The new shaft is being sunk by contractor Grinaker-LTA Mining (GLTAM). In addition to shaft design, TWP is designing the underground pumping and settling system, shaft piping, general electrical reticulation and control and instrumentation associated with the project.

TWP completed the design and scoping of work for what is one of the two largest steel headgears in the world, towards the end of 2008, as well as the shaft and new underground infrastructure to support the operation. The headgear stands 81 m high and will support the operation of two rock winders hoisting 37-mt and 26-mt skips from a depth of 1470 m. KCM has now extended the scope of the contract to include additions to the shaft infrastructure, such as piping, cabling and general services.

The piping includes backfill piping running to each production level, as well as compressed air, water and diesel pipes. This additional pipework will take over a great deal of the service functionality from the mine’s existing No. 1 Shaft, which is close to the new No. 4 Shaft, but is more than 50 years old and does not have the capacity to support additional services.

TWP’s Chris Hughes, project manager on the No. 4 Shaft project, said KCM’s original intention was to use the shaft for skip hoisting only, but the mining company subsequently decided to add a service cage to transport personnel and material to optimize its returns on the shaft project. Infrastructure design work relating to this addition comprises a substantial portion of the extended contract.

The design of the station steelwork to the Mid-Shaft Loading (MSL) level has now been completed: eleven stations with a total steel mass of approximately 600 mt.

Commissioning of the MSL infrastructure at 1000 m is scheduled for February 2010, allowing KCM to increase its production capability rapidly. DRA Technical Services, providing hoist engineering services, specified a new 8.5-MW ground-mounted Koepe rock hoist for this purpose and this has already been installed on surface. GLTA will continue to sink below the MSL, to an ultimate depth of 1490 m.

“This does however present substantial challenges in terms of safety and operational requirements,” said Hughes. “The Koepe winder will be hoisting 37-ton skips—some of the largest in the industry at this depth—and when the shaft is fully commissioned, a Blair Multi-Rope (BMR) winder will operate with 26-ton skips.”

The methodology for Koepe rope handling during initial rope-up and subsequent rope changes has now been completed, including the design of a mid-shaft head rope changing level.

“Safety of personnel in the shaft is our top priority, so we’ve designed a bratticing system to partition off the Koepe winder, to prevent rocks falling into the open area of the shaft during sinking activities,” said Hughes. “It was quite a challenge to our design team to incorporate brattices into the design of the shaft steel structure. We’ve had to ensure that even the smallest gap, down to a few centimeters, is closed off to prevent spillage harming the personnel below the mid-shaft.”

Handling of spillage at a depth of 1050 m has been incorporated for Koepe skips and, more recently, for the BMR skips. An additional design challenge was the requirement that the spillage deflection chute for the BMR skips should be mobile, in order to allow the BMR winder to hoist from either bottom shaft loading level (BSL) or MSL.

A Technogrid skip retarding system, developed in South Africa, has been designed in as another safety measure, to assist in absorbing energy from the Koepe skips and service cage in the event of a high-speed overwind. This is achieved by plastically deforming a steel grid section in a controlled manner, thus reducing damage to steel structures in the headgear. Hughes said that the Technogrid system is one of the most appropriate modern technologies available today for retardation of Koepe conveyances.

The skips will be loaded directly from a conveyor belt at MSL. To ensure maximum safety, detection systems will ensure that the skips are in place before the conveyor discharges rock into the shaft loading area. A comprehensive control and instrumentation communication system has been designed, incorporating a combination of hard wired and fibre optic cable from underground to surface. This system will be used for monitoring and controlling critical underground machinery at a control room on surface.

Hughes says the pumping system designed by TWP for No. 4 Shaft is probably one of the biggest of its kind in the world, designed to pump 280 megalitres of fissure water out of the mine workings on a daily basis. As a safety measure, the system requires high pressure pump columns in the shaft and to this end TWP, in conjunction with Hatch (South Africa), has conducted extensive research and development reviews to ensure the maximum safety of the pipes and their joints.

The pumping system will be fully automated with complete control system redundancy to ensure a high level of operational safety for both the plant operators and other mine personnel.

Design work on the remainder of the shaft infrastructure, including BSL, MSL, underground pump stations, settlers, crushers and conveyors, will be completed by March 2010.

TWP’s ten-person drafting team is using AutoCAD and Autodesk Inventor to provide design solutions in 3D format. Among other benefits, Hughes says this software allows clients to visualize how the plant integrates with their existing infrastructure. Using Inventor’s live walkthrough facility, client companies can experience and analyze their plant by taking a virtual tour of the proposed new infrastructure. This feature also greatly facilitates Hazop reviews, where potential hazards can be identified much more quickly and efficiently.

“The beauty of this software is that it allows us to model the new structure and place it within a 3D model of existing mine infrastructure, as well as into potential future modules,” he said. 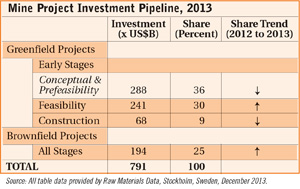 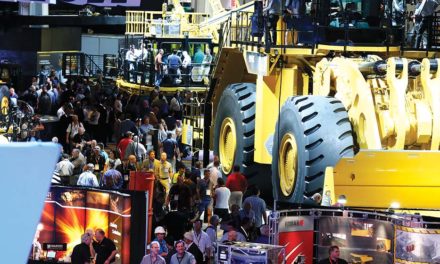