Initially designed for ultrafine grinding, IsaMills have taken on a number of new fine and coarse grinding tasks in a wide variety of ore types

According to Xstrata Technology, its IsaMill horizontal grinding mill has gained ground in the tertiary grind and the regrind markets. Originally developed for fine grinding down to 7 µm for lead/zinc ores, Xstrata Technology says the IsaMill has also established itself in coarser applications for a variety of ore types that include copper, nickel, platinum group minerals, industrial minerals, gold and lately, molybdenum and magnetite.

According to the company, which is a subsidiary of Xstrata plc, more than 90 IsaMills have been installed worldwide since the first installation in 1994, with more than 140 MW of power employed in grinding minerals. The majority of the mills operate using ceramic media, providing an iron-free grinding environment to allow better control of downstream flotation and leaching operations because no ferric ions are generated by the media.

The other big advantage of the mills, said Xstrata, is energy efficiency due to the abrasion and attrition grinding action of the media on mineral particles. The high media load in the mill, agitated by high-speed grinding discs, ensures minimal energy waste and provides high energy efficiency. The IsaMill also incorporates a proprietary particle separator, minimizing overgrinding of the particles as the ground particles pass through the separator, while reticulating the oversize material back into the mill.

An IsaMill can be provided as part of a complete grinding plant for projects, which reduces the installation time for the project. Steve Schmidt, operations manager–mineral processing at Xstrata Technology, said customers are interested in this approach, as it minimizes risk and includes mills, surrounding steel work, feed and discharge pumpboxes and pumps and the media charging system as well as commissioning crews.

Schmidt said the large number of IsaMill circuits Xstrata Technology has designed and installed, from the smallest M250 and M500 circuits to the largest M10000 circuits with multiple mills, ensures key information from development of previous circuits is used in any current project, leading to trouble-free operation when the circuits are commissioned.

Projects in various stages of study or development that will include IsaMill technology are the Endako molybdenum project, where three M1000 IsaMills powered by 500-kW (670-hp) motors are being installed. A larger M3000 IsaMill will be installed at a Vale nickel concentrator in a brownfield application, using ceramic media to assist in downstream nickel flotation. Both projects are in Canada, with Xstrata Technology’s Vancouver office managing IsaMills installations.

Xstrata Copper’s recently approved Las Bambas project also will feature IsaMills. The project is located in the Apurímac Region of Southern Peru, and is expected to be one of the largest greenfield copper mines to come onstream globally in the next decade. Xstrata Technology will provide three M3000 IsaMills in the regrind circuit of the new concentrator. Each mill will be powered by 1,500-kW (2,000-hp) motors and will use ceramic media.

Bob Drabik, executive general manager of Xstrata Copper project development–South America, said: “We chose IsaMill technology for our Antapaccay and Las Bambas projects in southern Peru because of the equipment’s energy efficiency and ability to deliver a precise size distribution curve with minimal overgrinding, which in turn helps to reduce excessive circulating loads.

“A primary consideration when developing our new projects is to seek ways to minimize our environmental footprint and IsaMill technology helps us to achieve this due to its smaller size than other comparable mills,” Drabik said.

The IsaMills are being supplied as a full package, where Xstrata Technology will be responsible for the supply of the mills, steelwork, feed and discharge pumpboxes, as well as the new proprietary IsaCharger media transfer system. The M3000 IsaMills will include the new High Flow design that permits high tonnage throughput, and still delivers superior energy efficiency. Commissioning of the mills is planned for 2014.

New Developments Iron Ore Applications
The newest application for the IsaMill is in magnetite grinding. An M10000 is being installed at Xstrata Copper’s Ernest Henry mine in Queensland, Australia, where a new circuit at the plant will use magnetite-rich tailings from the copper concentrator to produce a high-grade iron concentrate for export. An M10000 IsaMill will be installed in the circuit to reduce magnetite-bearing material down to 40 µm for production of higher-value concentrate. Total production from the circuit is planned to be 1.2 million metric tons per year (mt/y).

John Twomey, manager-magnetite project for Xstrata Copper, said Xstrata Technology will provide an M10000 IsaMill package to the Ernest Henry site, which includes the IsaMill, powered by a 3-MW motor, as well as feed and discharge pumpboxes, steel work and media addition system. Installation of the mill at the site is planned for the first half of 2011.

IsaCharger
Xstrata Technology also notes a new media handling system—mentioned above—for the IsaMill has been undergoing development over the last several years, resulting in release of the IsaCharger, which has no moving parts and uses a high-capacity water induction feeder, a fully integrated media collection system, pipework, valving and instrumentation to efficiently add media to the IsaMill. The IsaCharger has been designed to operate in two modes: the first is to add media at low rates to maintain the grinding power on the mill. However, it also can be set to refill the mill quickly after maintenance at much higher addition rates. This reduces the media handling and enables the mill to operate at higher power much quicker than previous methods, minimizing downtime.

High Flow Range
The IsaMill design was recently improved to incorporate High Flow models. Based on DEM computational modeling, the mill design was modified to allow for higher throughputs to be achieved in the mill, improving power draw and power efficiency. The basic shape, footprint and auxiliaries around the mill remain the same as the previous model, and ceramic media is still used in the mill.

Information for this article was provided by Xstrata Technology. 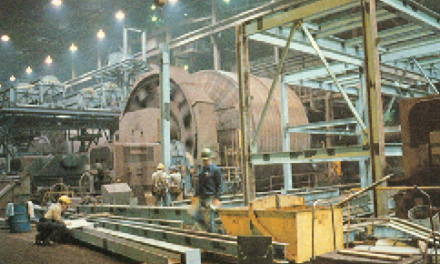 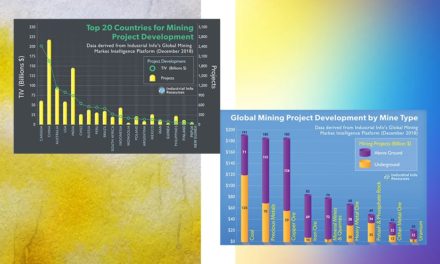 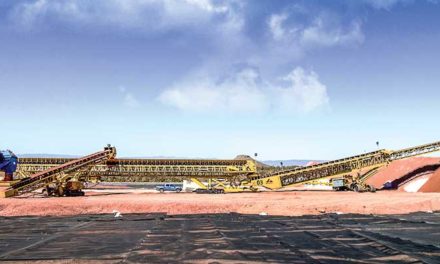 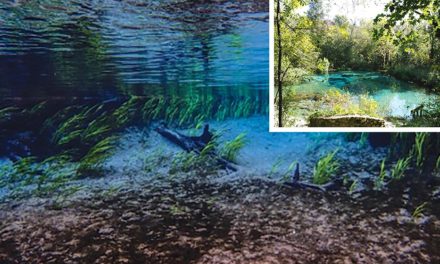